Misty is a great jazz ballad composed by piano player Errol Garner. He first recorded Misty as an instrumental on his album Contrasts (1955). Later, vocals were added to the song by Johnny Burke. Since then, numerous jazz musicians recorded their own versions, such as Joe Pass, Wes Montgomery, Grant Green, George Benson, Larry Coryell, Johnny Mathis, Sarah Vaughan, Ella Fitzgerald, Frank Sinatra, and many more. 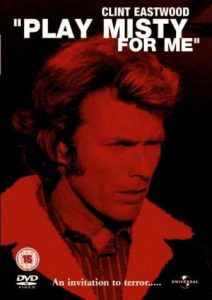 In this lesson, you will learn how to play Misty’s theme in the form of a chord/melody arrangement.

Next, you will analyze the harmony, learn a solo over Misty’s chord changes, and play an arpeggio and chord study.

Misty is a lot of fun to play on guitar and ideal to try out new solo ideas because of its tempo and chord changes.

Here is a chord melody arrangement of Misty’s theme.

I use hybrid picking on this recording. This means I hold a pick between my thumb and index finger and use my other fingers to play chords. I use the pick to play the bass notes of chords, and the melody between chords.

I explain some chord choices and substitutions under the sheet music. If you’re not sure how to arrange jazz standards in this fashion, check out our course Complete Chord Melody. 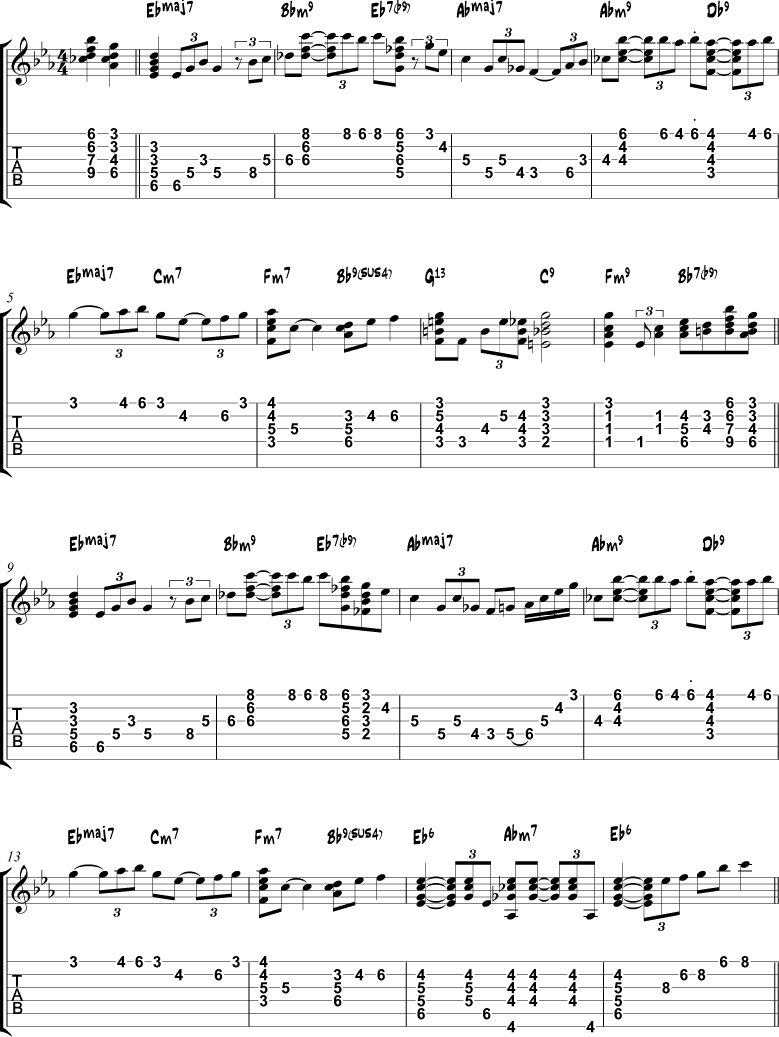 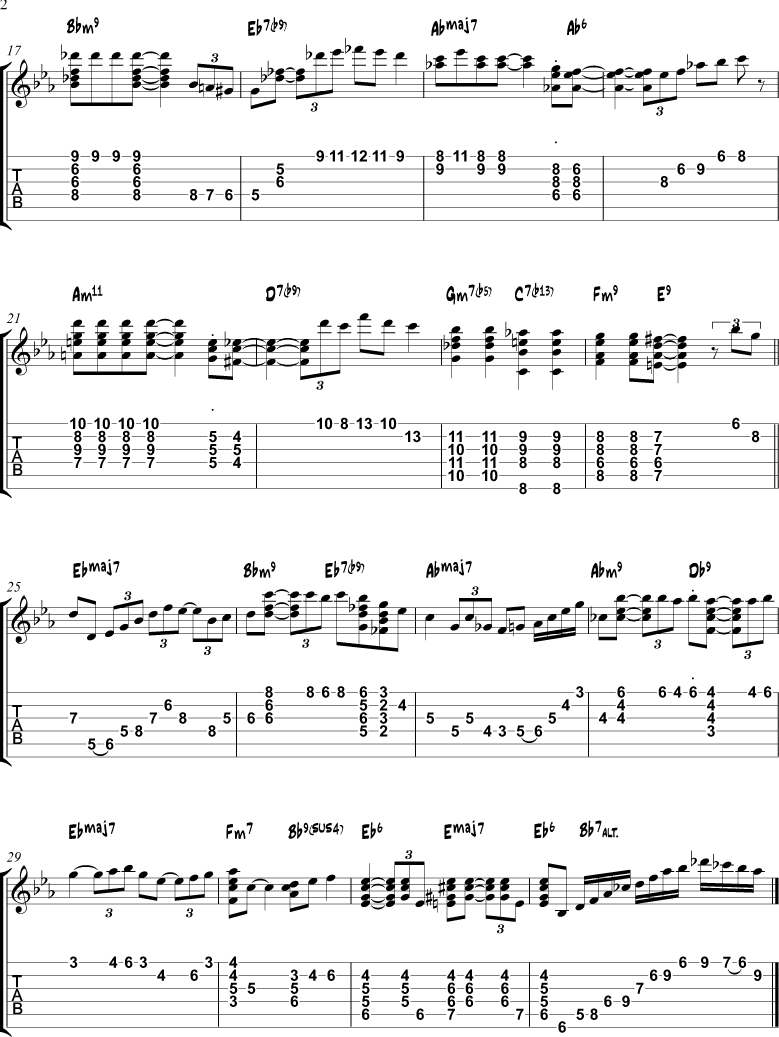 Pickup bar: these 2 chord voicings come from Barney Kessel’s arrangement of Misty. The first one is a Bb7b9, the second one a Bb13b9.

Bar 3: the voice leading on the second beat is a typical movement from the 7 to the 6.

Bar 15: here I added an Abm7 (ivm7) chord to delay the resolution to the Eb6 and bring some variation.

Bar 17: the voice leading that starts on beat 4 is called a line cliché.

Bar 31: here I delay the resolution to the Eb6 by playing the bIImaj7 (Emaj7). This is also a common way to end songs.

Here’s a sample solo for you to take ideas from to use in your own solos.

The annotations above the guitar tabs explain which scales or arpeggios I use. The number in brackets corresponds with the explanation below the sheet music. 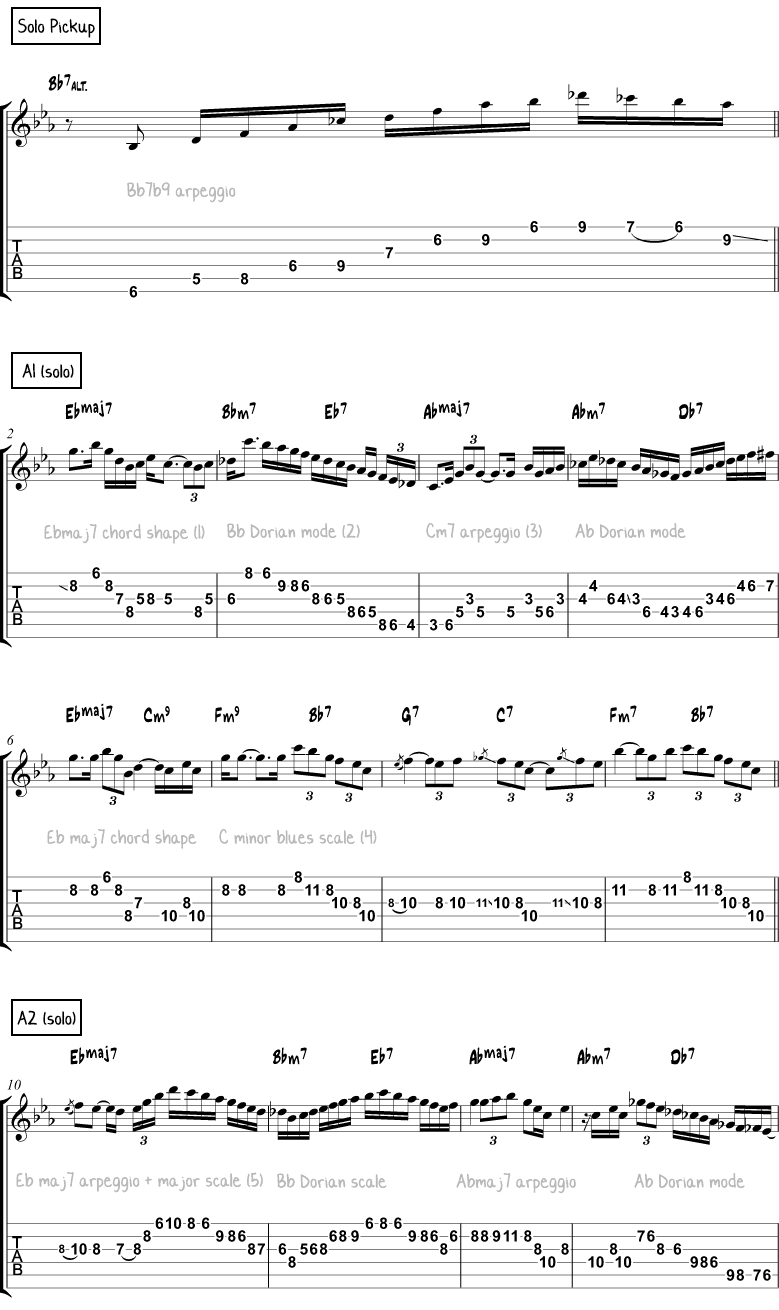 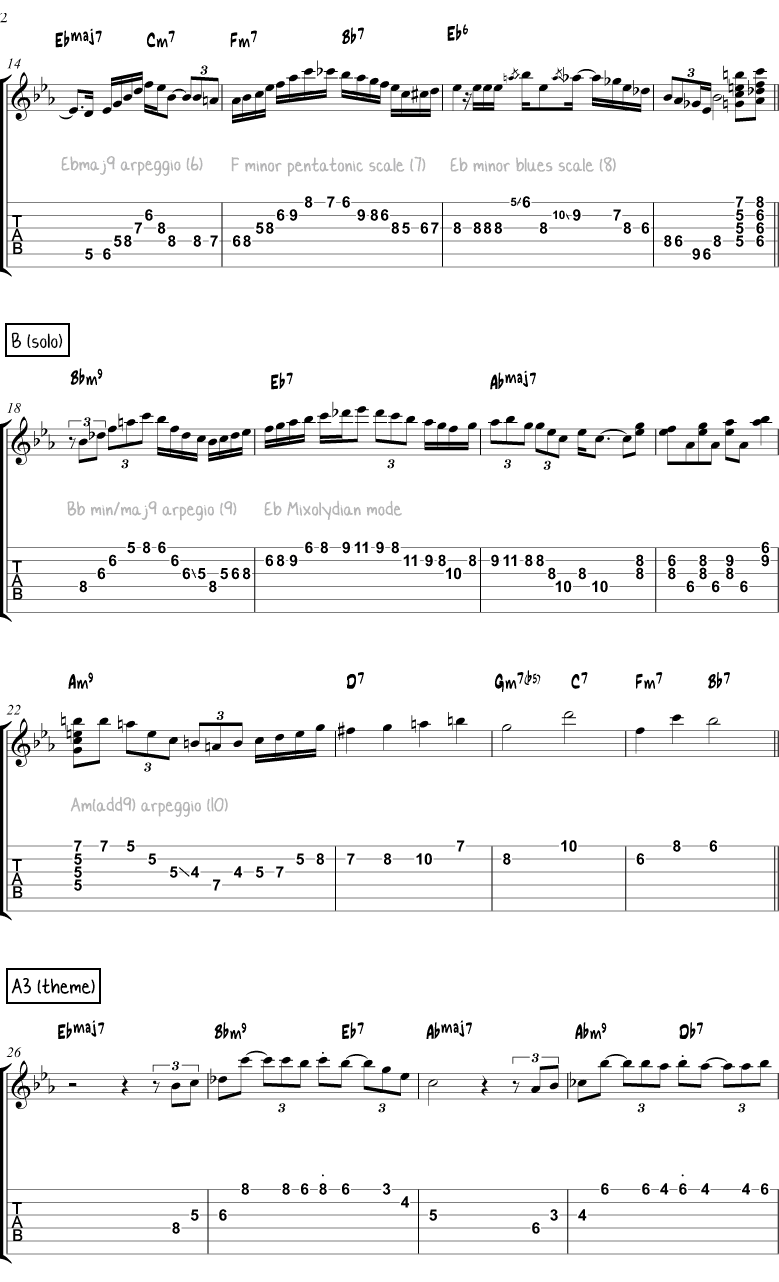 (1) The notes in this line are based on a common Ebmaj7 chord shape: 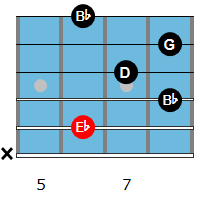 (2) Here I play the Bb Dorian mode, a common scale choice on the ii of a 2-5-1. The same scale shape becomes the Eb Mixolydian mode over the Eb7.

(4) Here I play the C minor blues scale. C minor is the relative minor of Eb major (the key of Misty), that’s why this scale works so well.

(5) An Ebmaj7 arpeggio followed by an Eb major scale. 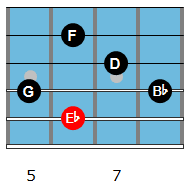 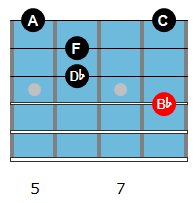 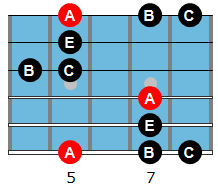 Below is an harmonic analysis of Misty’s chord changes. Under the chords is the Roman numerals analysis. Above the chords are the scales you can use to improvise over Misty.

Misty is usually played in the key of Eb major. The standard is 32 bars long and has a classic AABA structure: A1 – A2 – B – A2 (the last A is identical to the second A).

Bar 1: Misty opens with the tonic chord Ebmaj7 (Misty is in the key of Eb major).

Bar 4: this chord progression is called a backdoor progression or a backdoor ii V. The bVII7 is borrowed from the parallel minor (Eb minor) and resolves to Imaj7. The ivm7 is the ii/bVII7.

This is a common progression in jazz and is used often in jazz standards. Examples are There Will Never Be Another You, Just Friends, Lady Bird, My Romance, and Cherokee. It is also used in pop music, in songs such as In My Life and If I Fell from the Beatles.

The scale of choice here is the Ab melodic minor scale.

Bars 5-8: most of these chords are diatonic. except for the progression in bar 7 where a circle of fifths turnaround starts. The C7 is the only chord that’s not diatonic. To outline that chord in your solo, you can use an F harmonic minor scale, or play a C7 or Edim7 arpeggio.

Bars 9-16: the second A is identical to the first one, except for the last two bars. Here we have the tonic Eb6 to end the second verse, instead of the turnaround of the first verse.

A 6-chord is often used to end a section or a standard because it sounds more stable than a maj7 chord.

Bars 17-20: the B section starts with a ii V I in Abmaj7 (the IV in the key of Ebmaj7). Going to the IV in a B section is something that happens often in jazz standards.

Bars 25-32: the third verse is identical to the second verse.

In this section, you will learn to play an arpeggio study over the chord changes of Misty.

Arpeggios are ideal to outline the harmony of a song. This makes your improvised solos more interesting to listen to.

Only basic arpeggio shapes are used in this study, so no scales or chromatic notes.

The music notation and backing track: 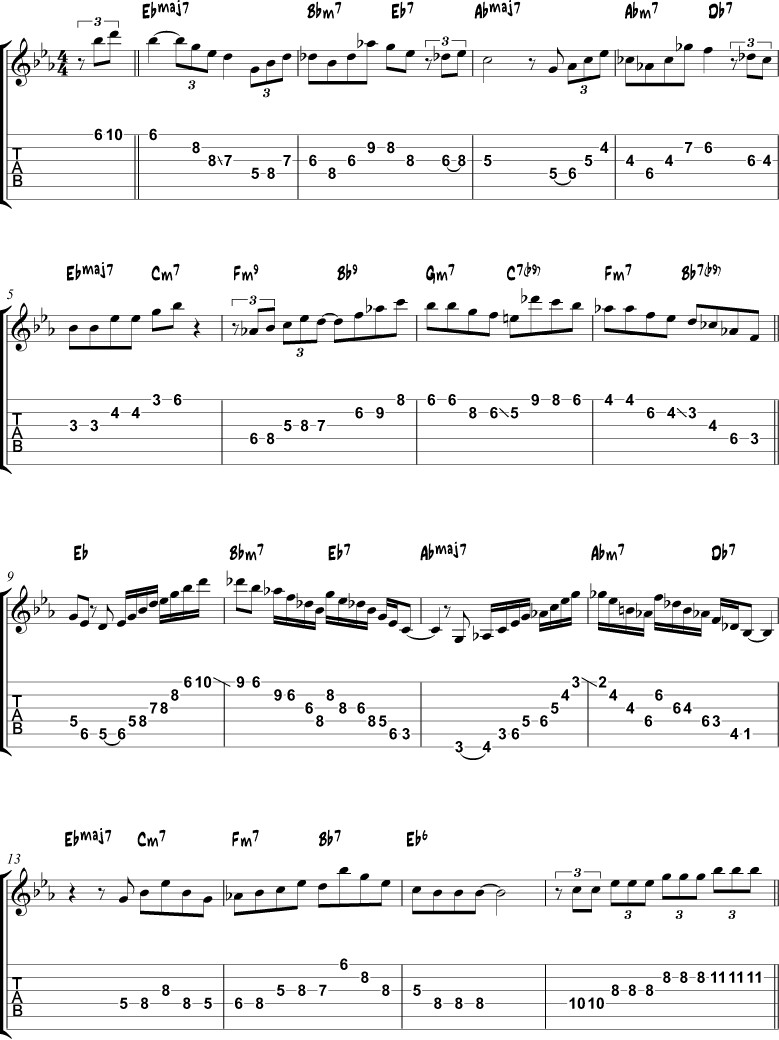 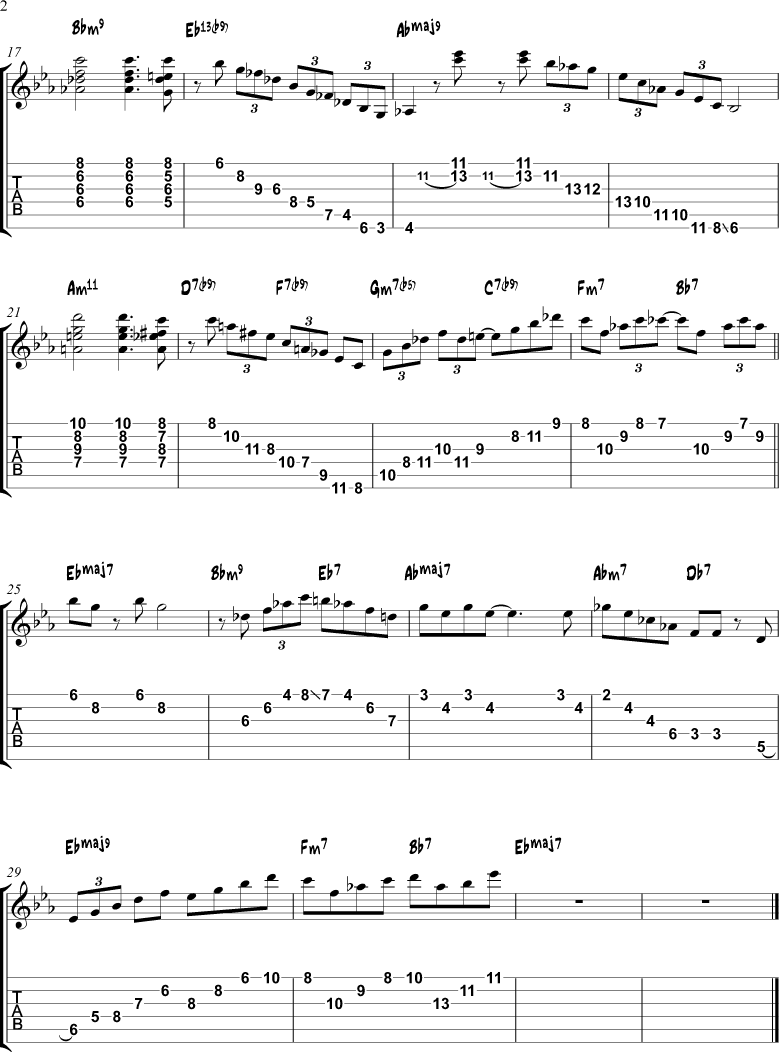 Learn how to use arpeggios in your improvised solos, and check out our ebook The Easy Guide to Jazz Guitar Arpeggios

We often think that playing fast-tempo tunes is tough, but very slow tempos can be just as challenging.

Because ballads often have more chords in each bar and move into a number of key centers, they pose their own unique challenges.

There are a number of variations on the chord changes to Misty. You might normally play a few chords that you see here as dominant 7 chords, instead of minor 7 chords. For example, the Gm7 and Fm7 chords in bars 5 and 6 of the A section.

Most standards have several common ways to comp through the chords, so checking out a few different versions of the tune will prepare you for a jam or gig.

Here are the five classic phrases that are used in the chord study below (they are highlighted in the tab/notation).

Practice these phrases in a number of keys around the fretboard and apply them to other tunes. This will help you to fully understand and digest these chord lines.

In this minor key ii-V-I, you use a common chord substitution over 7alt chords. Here you play a m7b5 chord from the b7 of the underlying chord.

In this Ed Bickert-inspired phrase, you play a commonly used descending bassline over the Bbm7 chord.

You are starting on the 9 (C) as the lowest note of the chord and then move down to the 3rd of Eb7 (G), using both chromatic and diatonic notes.

Ed loved to use this type of descending basslines, and it is a great way to add movement in the lower voice of your chords.

This phrase comes directly from the Joe Pass playbook. It uses a common chord lick at the start of the phrase that can be found in many of Joe’s classic recordings.

The essence of this phrase is that you are playing a drop 2 Bbm7 chord with the 3rd as the highest note.

From there, you climb up the scale by playing the 4, 5, and b7 of that chord until you reach a rootless Eb7 chord in the second half of the bar.

The final chord phrase is also inspired by Joe Pass and features an Abmaj7 chord being used over Fm7. This produces the intervals b3-5-b7-9 over the Fm7 chord.

Also, check out the Gb over the Bb7 chord, which is the “blue note” for the key of Eb major. This brings a bluesy vibe to this line as you then resolve it to the major third over the Ebmaj7 chord at the end of the phrase.

Here is the full chord study for you to work out and add to your playing.

Since Misty is a ballad and played at a slow tempo, you can see there are a lot of chords used in each bar.

Because of this, try breaking up the study into smaller, easy-to-digest chunks, rather than diving into all 32 bars at once.