Ronny Jordan’s acid-jazz cover of So What (composed by Miles Davis) was the first single of the late English jazz guitarist. It was released in 1992 on his debut album The Antidote and was a worldwide hit.

In this lesson, you will learn how to play Ronny Jordan’s version of So What, including the melody and the first two guitar licks that are featured on his recording.

So What is a modal tune with an AABA structure.

The identical A sections are in D minor and the melody is based on the D Dorian mode.

The B section is in Eb minor and based on the Eb Dorian mode, a half-tone higher compared to the A sections.

The D Dorian mode is the second mode of the C major scale.

It has the same notes as the C major scale, but its tonal center is D.

The characteristic note of the Dorian mode is the natural 6th (B in the case of D Dorian). Most other minor scales (except melodic minor) have a b6.

Here are the two most common fingerings of the D Dorian mode:

It has the same notes as the Db major scale, but its tonal center is Eb.

Here are the two most common fingerings of the Eb Dorian mode:

So What – Backing Track 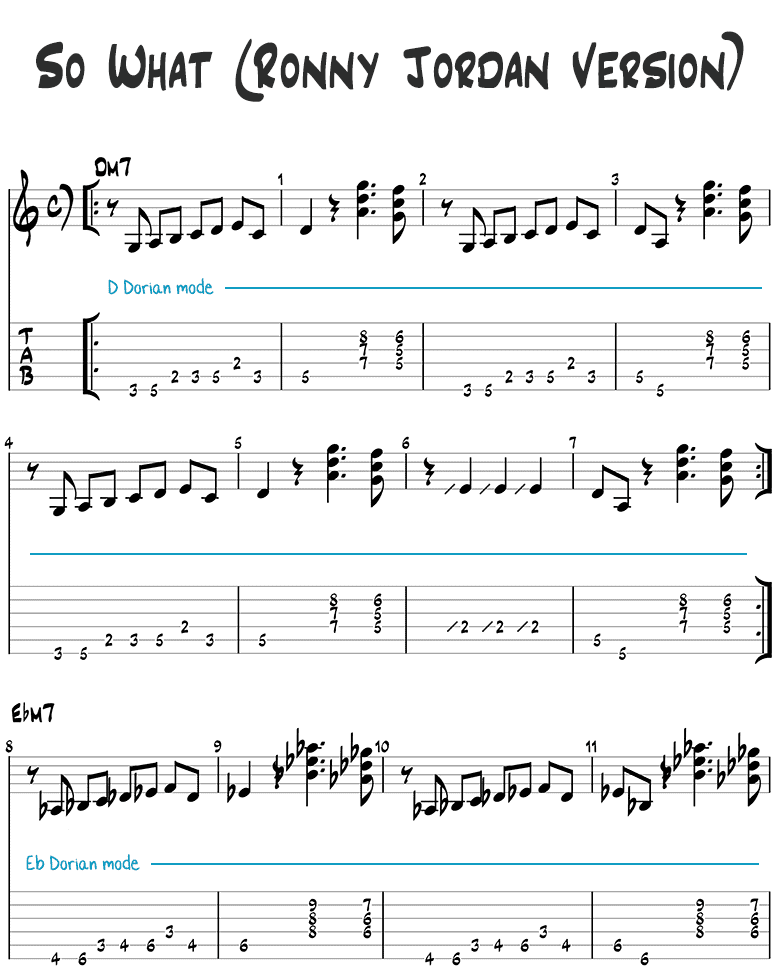 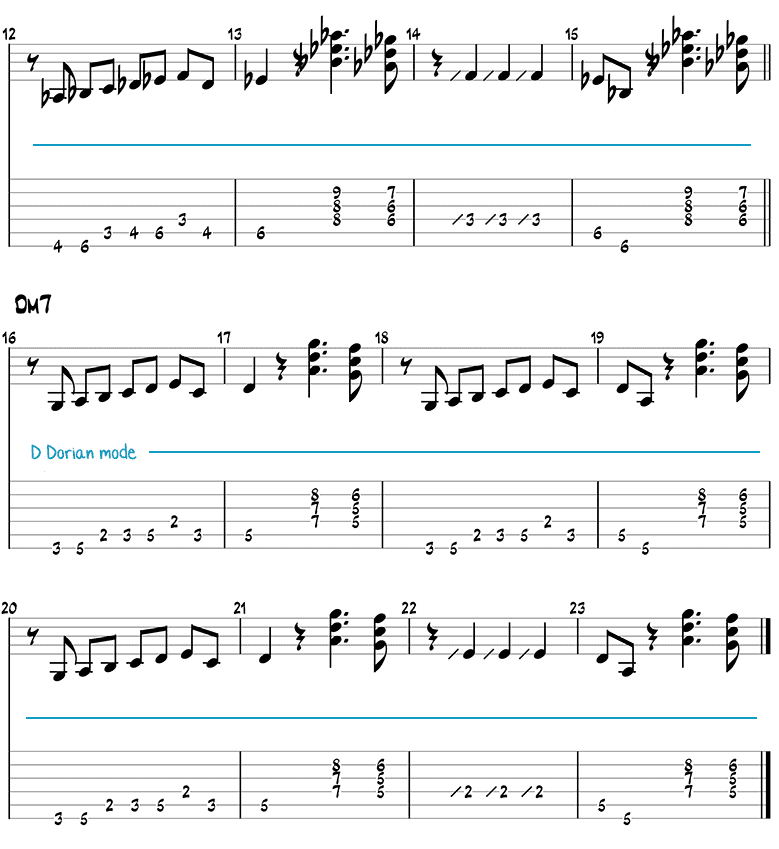 So What – Ronny Jordan Lick 1 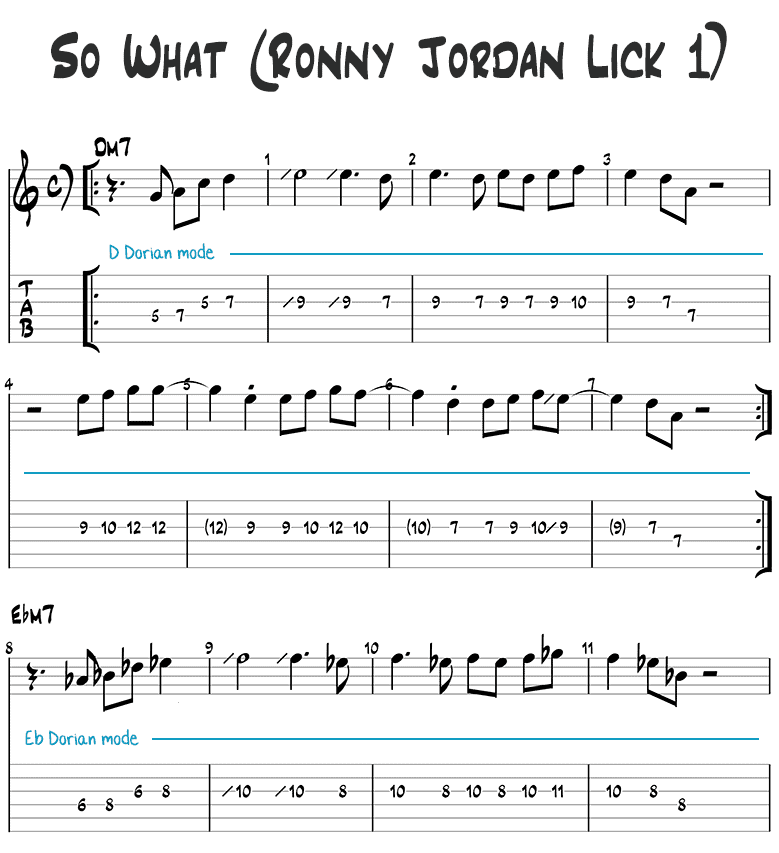 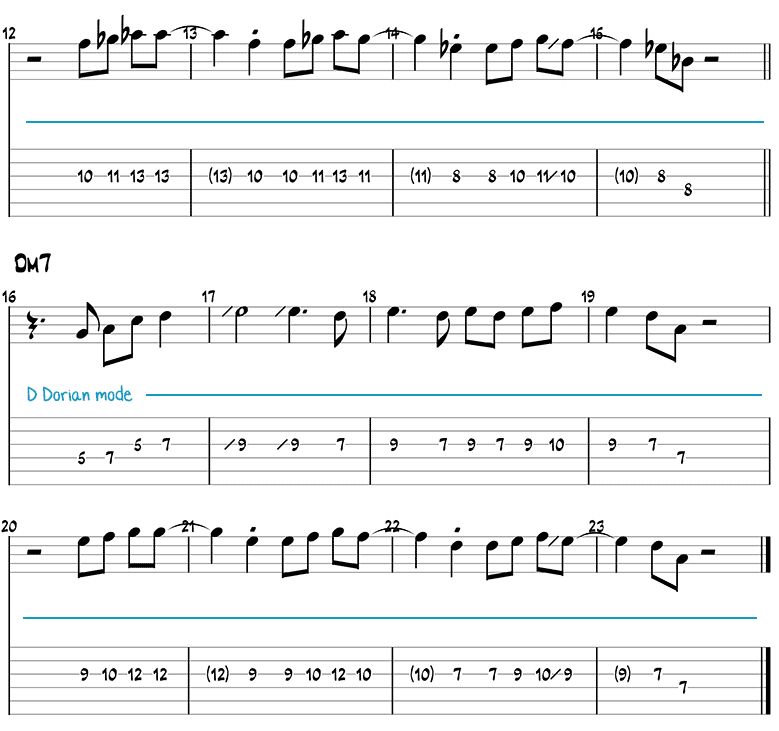 So What – Ronny Jordan Lick 2 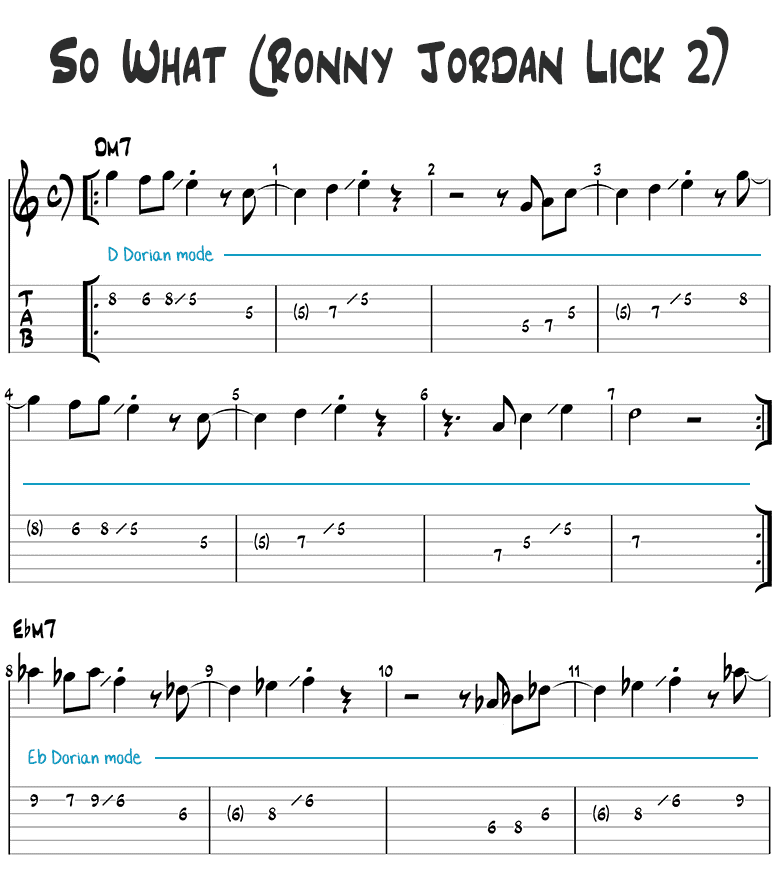 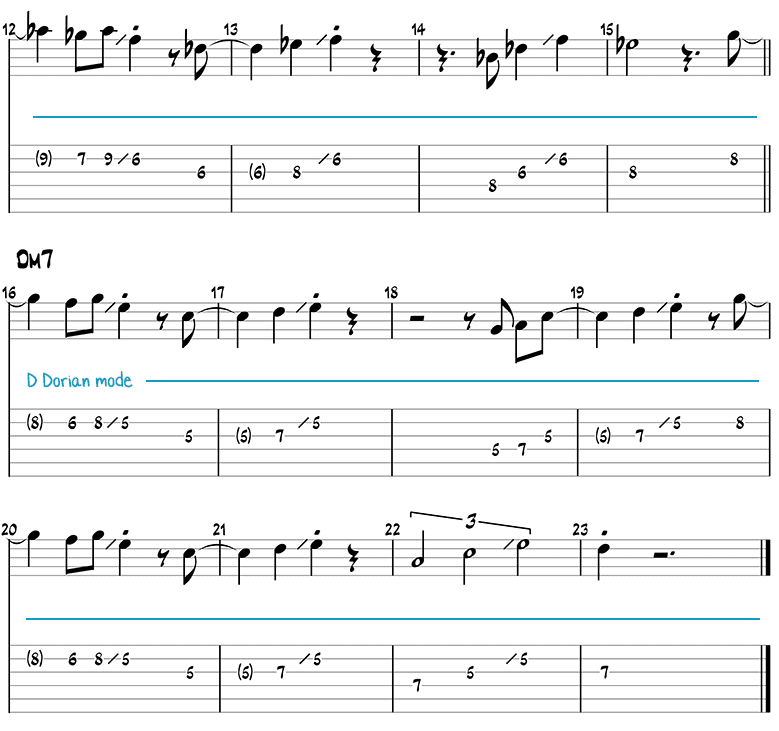 49 thoughts on “So What (Ronny Jordan Version)”