A dominant chord consists of a major triad together with a b7 and is built on the fifth degree of the major scale or the harmonic minor scale. Dominant chords have a tendency to resolve to other chords, usually major or minor chords. Making up a third of one of the most important jazz chord progressions (the ii-V-I), dominant 7th chords are essential tools for any jazz guitarist to have under their fingers.

The term ‘dominant chord’ can refer to two facets that are related to each other:

The symbol of a dominant seventh chord is “7” added to the root of the chord.

How To Construct a Dominant 7th chord

First, we’ll have a look at dominant chords as a chord type.

Let’s make a dominant chord and start from the C major scale:

The dominant chord is built on the 5th scale degree

We are going to construct a chord by stacking thirds on G (if this is new to you, follow our Chord Theory Lesson first):

The dominant chord of C major is G7 and consists of the notes G B D and F.

Dominant 7th Chords On The Guitar

Let’s have a look at some dominant chord shapes on the guitar.

Here are 5 basic dominant 7 shapes that you should memorize.

Learn to apply them to chord progressions and jazz standards as soon as possible. 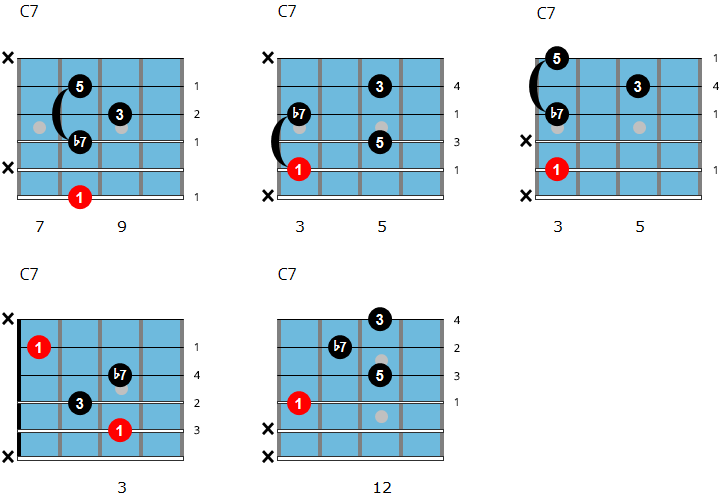 To begin our studies of drop 3 dominant chords for jazz guitar, here is the formula for building each inversion.

Once you have these interval patterns memorized you will be ready to apply them to the fretboard by learning the shapes in the chord charts below.

Here are four inversions of C7 drop 3 chords that you can apply to your jazz guitar studies:

When moving on to the next string set for drop 3 7th chords (with the lowest note on the 5th string), you don’t need to learn a new intervallic formula as those intervals remain the same on any string set.

Here are four inversions of that chord for you to learn, practice in 12 keys and apply to your favorite jazz standards.

You can now move on to exploring drop 2 chords by learning how to build the intervals for each inversion.

Here are four inversions of a drop 2 C7 chord on the middle four strings that you can work in the practice room, as well as take to other keys as you move these shapes around the fretboard.

A plain dominant chord sounds a bit vanilla, especially in jazz. That’s why we add other notes to dominant chords, to make them more interesting and colorful. The added notes are called tensions or extensions. 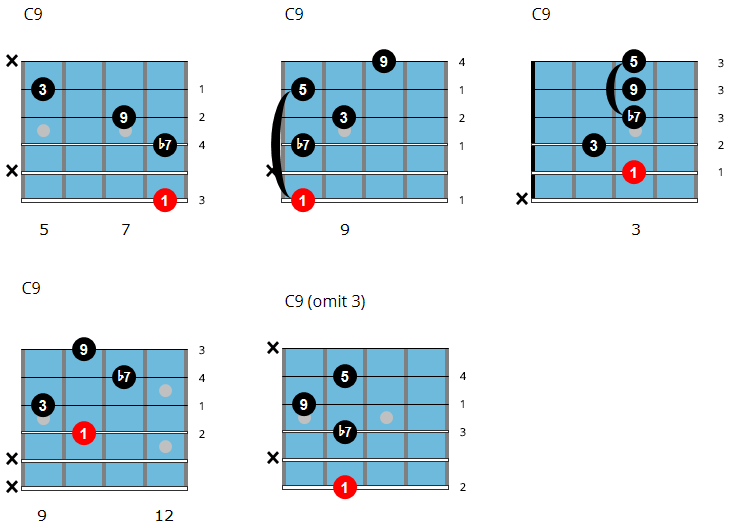 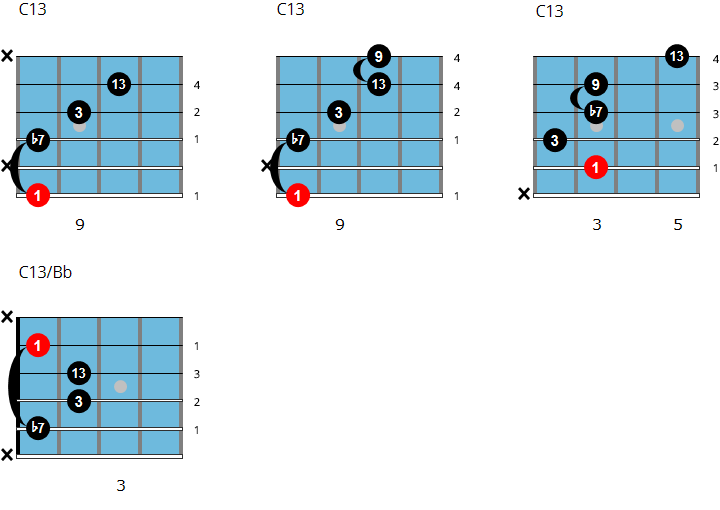 Dominant sus4 chords are something different. In a sus4 chord, the 4th (usually) replaces the 3rd of the dominant chord: G C D F instead of G B D F.

This creates a chord with an open sound. Sus4 chords can act as a delay for dominant chords, as in this example: 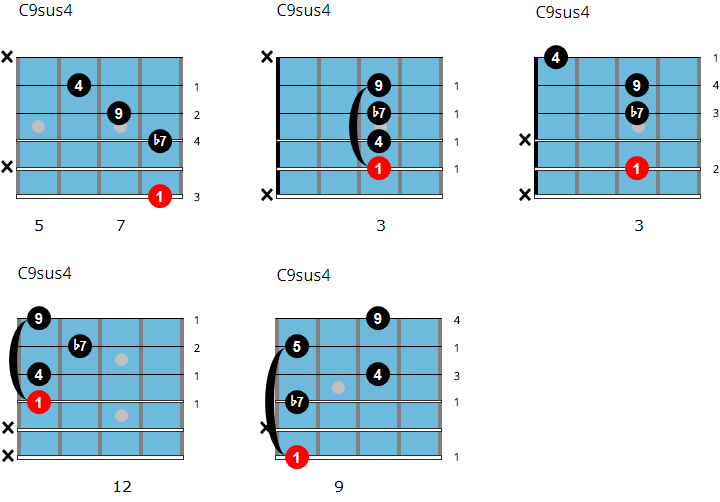 To bring even more tension to dominant chords, we can “alter” these tension notes, that means lower or raise them by a half tone. 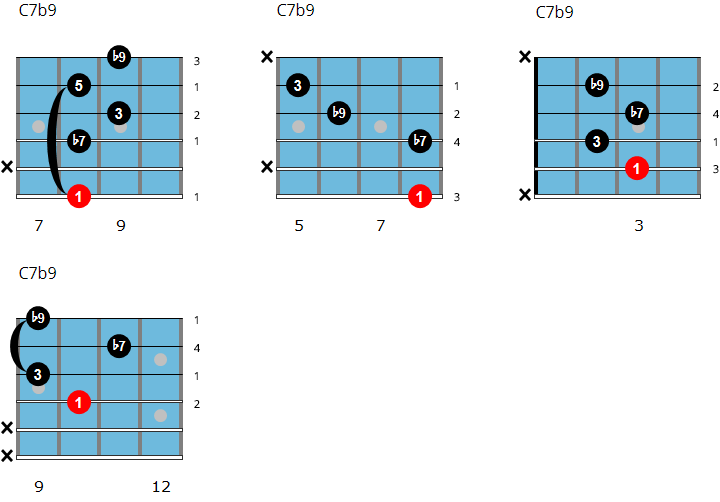 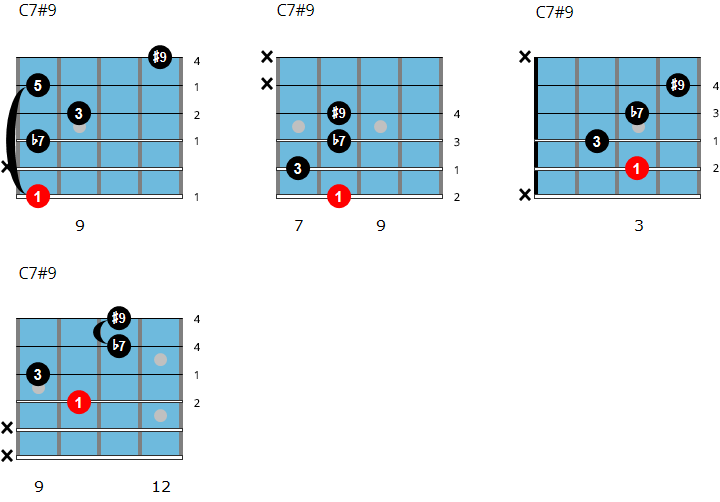 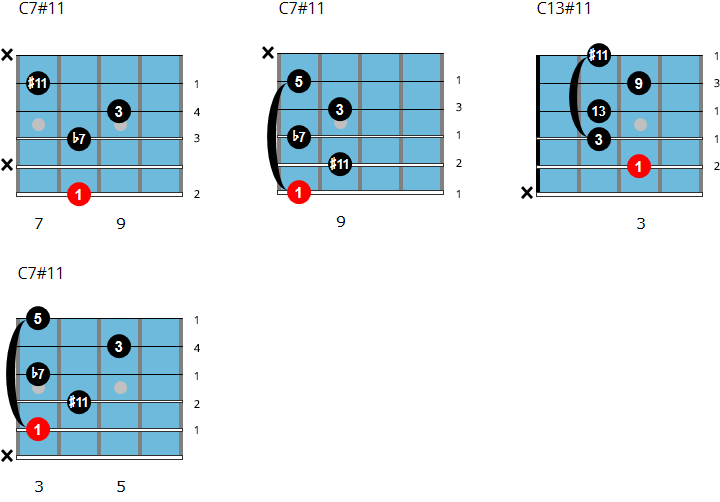 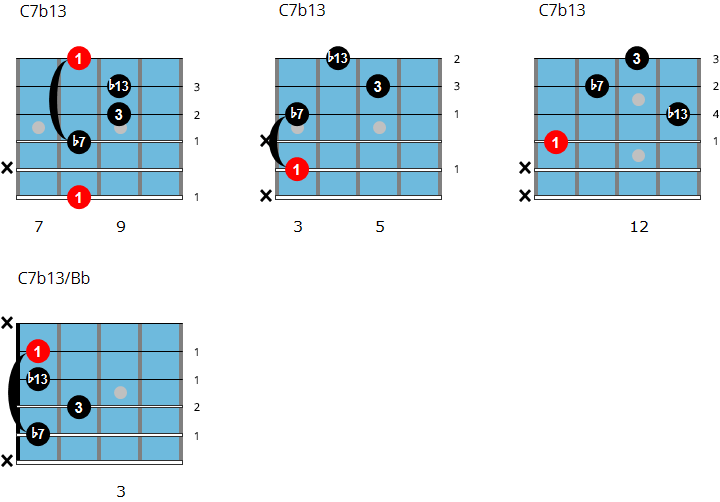 How Are Dominant Chords Used?

Let’s have a look at the function of the dominant chord family.

Every note and chord in a scale has a diatonic function, a certain role they play in relation to the key.

The most important functions are Tonic, Subdominant, and Dominant:

Here’s an audio example so you can hear what a dominant chord sounds like. 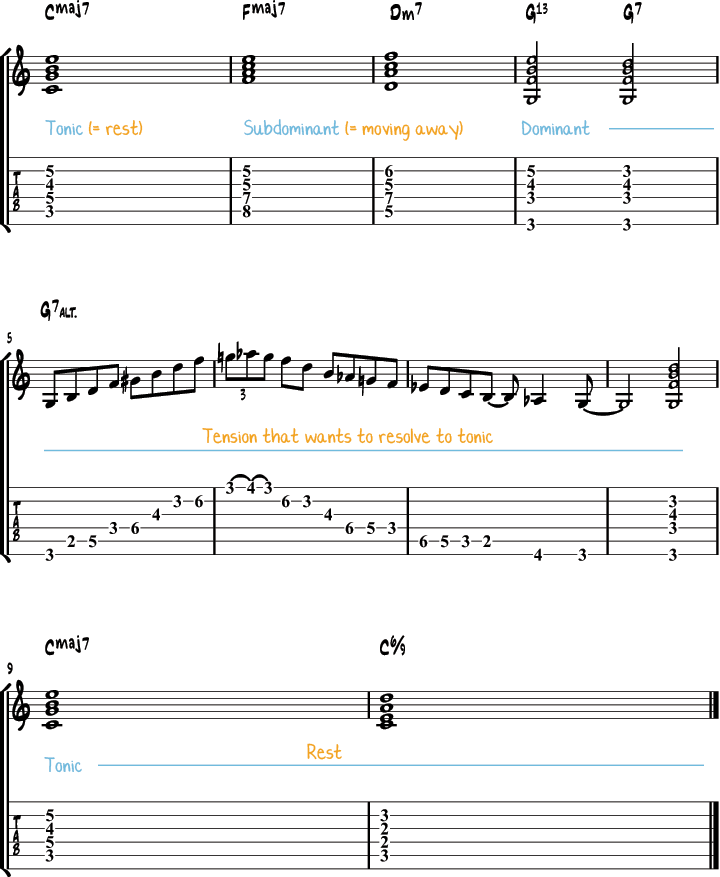 How To Resolve a Dominant Chord?

As you learned in the previous example, a dominant chord resolves to its tonic chord. This is because of voice leading.

The 3 (b) and b7 (f) of G7 form a tritone interval (interval of 6 semi-tones). This is an unstable interval with a lot of dissonance and tension. This tension makes the unstable notes want to move to their nearest neighbor in the key of C major:

C isn’t the only chord G7 can resolve to, here are some other options:

C and Cmaj7 are the same chords: C is a triad, while Cmaj7 is a seventh chord.

C, Cmaj7, and C6 have the same function.

C6 is a more stable chord than C maj7, which makes it a good chord to end tunes.

You can go further by finding the dominant of the secondary dominant. Counting 5 steps from D brings us to A7. Going even further, we’ll find the dominant of A7, which is E7, and so on…

Try to play these chords in sequence:

In blues music, all main chords are of the dominant type.

This means that in jazz blues chord progressions, the tonic, subdominant, and of course the dominant are all dominant-type chords (1 3 5 b7).

This is a result of the blue notes, notes that are sung at a slightly lower pitch than those of the major scale. The b7 (b3 and b5 are the others) is such a blue note and that’s why dominant chords are so prevalent in blues music.

To learn more about jazz blues guitar playing, have a look at our Introduction to Jazz Blues Guitar eBooks.