Exotic guitar scales are great to add some new flavor to your music. In this lesson, you will learn 11 scales from different parts of the world. You will also learn how to practice these scales and get an introduction to Indian music for guitar (ragas). Each scale is in the key of A and comes with scale formulas and charts.

This Arabian scale is an octatonic minor scale (it has 8 notes). It is the same scale as the diminished scale.

The Byzantine scale is a major scale with a b2 and b6. This scale is also known as the Maqam Hijaz Scale or the double harmonic scale.

There are many scales used in Egyptian music, one of them being the Dorian scale.

The oriental scale is a dominant scale with a b2 and b5.

This Japanese scale is pentatonic (this means it has 5 notes). It’s neither major or minor because the 3rd is not included.

Another Japanese pentatonic scale is the Hirajoshi scale. This minor scale is regularly used in rock (and jazz) music, in search of new sounds:

This Indian music scale is called the Asavari scale or raga Asavari.

A raga is something between a scale and a composition: it is richer than a scale, but not as fixed as a composition. A raga is like a tonal framework for improvisation and composition, just as chord changes and standards are for a jazz musician.

Besides a particular scale, ragas also have a specific melodic movement, a hierarchy of tones, a specific intonation, ornamentation,  and duration. I’m not going into all the specifics of this raga, I’ll only tell you that it is played differently ascending and descending.

This scale is the Hungarian gypsy scale (minor). Check out this video for a theme that uses the gypsy minor scale.

The Romanian scale is a minor scale with a #4. This scale is also known as the Ukrainian Dorian scale, the Miseberach scale, or the altered Dorian scale. It is the 4th mode of the harmonic minor scale.

The Alhijaz scale is a dominant scale that originates in Saudi Arabia, but is also known as the Spanish gypsy scale, the Jewish scale, or the Phrygian dominant scale (in jazz).

This scale is the 5th inversion of the harmonic minor scale. The Phrygian dominant scale is a common scale in jazz and is used to play over dominant chords that resolve to a minor chord.

A Alhijaz = A Jewish = A Phrygian dominant = D harmonic minor.

There is another Hijaz scale called the Maqam Hijazz scale. This is the same scale as the Byzantine scale above and also known as the double harmonic scale.

Playing Over a Drone

Written by by Mikko Karhula

A good way to practice these exotic guitar scales is playing over a drone. In this section, you’ll learn 6 exercises over a meditative drone with an E5 chord voicing. There are only two notes in the drone (e and b) so you can use different scales and chord types more freely.

It’s vital for any improvising guitarist to learn the relationship between chords and scales. However, sometimes it’s interesting to change ”scale-to-chord-thinking” to a more horizontal approach.

A good way of practicing this is playing over a backing track with a drone, note or chord that is continuously sounded. Playing with a drone leaves room for finding out how notes and harmonies work in constant chord harmony. That way you can concentrate on finding the best sounding tones or experiment with different colors or style elements within the chosen key.

This example is influenced by bebop and gypsy jazz. Two important things to keep in mind to get clarity and speed in this example are alternate picking and rest-strokes. The Main color of this example is E dominant 7.

This example is influenced by the lute music composed by Bach, but it moves forward to modern harmonies at the end of it. 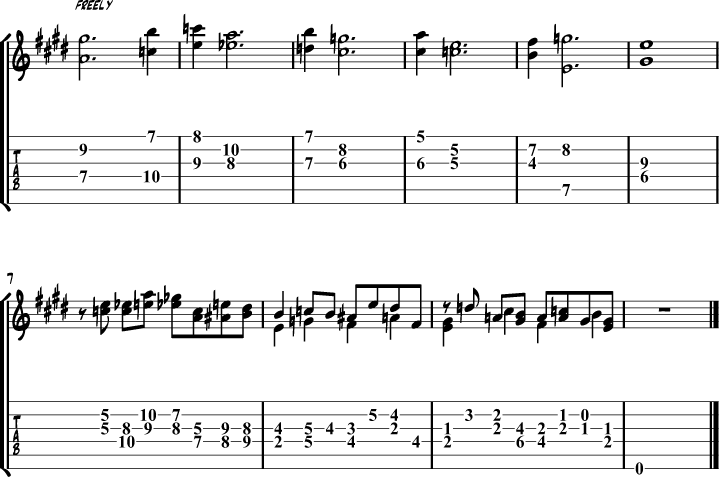 The Idea in this example is to make a choral-like two-part canon.

This example is mostly in the E dominant diminished scale and consists of intervallic jumps and string-skipping. 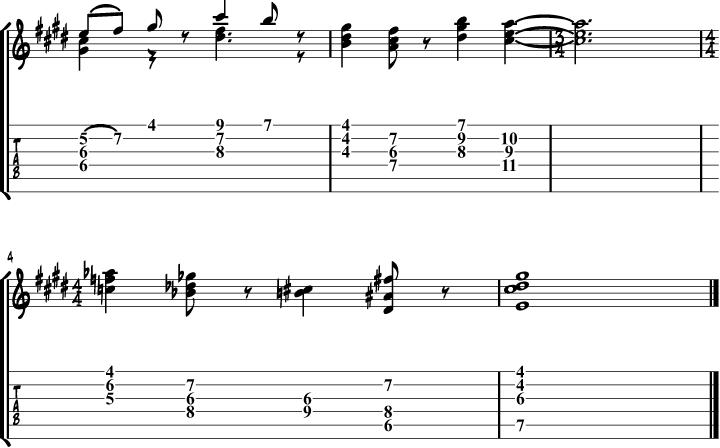 This example consists of three-part voicings in the E major scale.

Mikko Karhula (born in 1981) is a Finnish guitarist and teacher who is mainly focused on acoustic guitar. His primary style is ethnic music like Balkan and gypsy jazz. Mikko works as a solo artist and is part of several bands and projects. He has composed music for Finnish artists in many different styles and composes for solo guitar from jazz to classical. Make sure you visit his YouTube channel for more videos and lessons!

An Introduction to Indian Classical Music for Guitar

Written by by Prakash Harry

This article gives an introduction to the Indian Music system and its core elements and provides insight into applying its grammar and technique on guitar.

Classical Indian music and jazz may sound very different but at least one factor is very important to both styles of music: improvisation.

This divide was mainly due to the difference in styles following the Persian/Mughal invasion of Northern India, which brought a lot of influence into Hindustani Music.

Though Hindustani and Carnatic Music share a lot of common aspects (phrasing techniques, similar ragas, etc.), each one has a distinct structure of its own. These systems have continued to live over the centuries and are still performed with traditional expertise, and at times also incorporating modern music elements into them.

Although all examples of ragas discussed in this article will relate to the standard western tuning, this tuning is not the ideal guitar tuning for Indian music.

The ideal guitar tuning for classical Indian Music has alternate strings tuned to the tonic and the dominant (perfect 5th) notes. The Tonic is normally taken as D or E due to feasibility issues on the Guitar.

These 2 tunings are typical for Indian music: 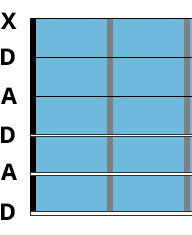 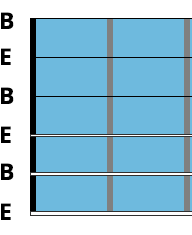 In the first tuning, the first (highest) string on the guitar is omitted.

The reason to use this tuning is that the tonic and the dominant notes are the least difficult to play in a system that involves playing defined microtonal slides called Gamakas.

Gamakas are the main phrasing technique in Indian Music and it explains how different notes are phrased relative to each other for different ragas.

What Are Ragas and How are They Different From Scales?

Ragas form the basis of the classical Indian music system.

A raga may be defined as a specific collection of notes (semitonal values), played together with a specific grammar of Gamakas (microtonal slides).

Ragas and scales are quite common at the top level. In effect, both ragas and scales are merely a specific collection of musical notes played in a specific order, in ascent and descent. However the grammar of the Gamakas and its phrasing brings a completely different identity/texture to a raga and it cannot be musically compared to its equivalent scale, played as a collection of plain notes.

The raga is dependent on the specific Gamakas phrasing applied to it (which differs for each raga), in the absence of which it is merely a collection of notes aka a scale.


The Indian Equivalents for Western Notes

The following table relates the 12 semitones available in the Western tuning system to its Indian equivalent name references (Swaras).

The basic seven notes in the Indian musical system are Sa, Ri, Ga, Ma, Pa, Da, Ni with variations for each note. These variations are notated as a number from 1 to 3 (these work similar to b and # in Western music).

The manner in which they are named as (Ri/Ga) and (Da/Ni) for same values, depends on the relative notes occurring in the raga, and differs from case to case.

Before reading the table, you need to understand that Indian music notes are not absolute values like their western counterparts. They are all relative to the tonic note (Shadjam), which is fixed to a reference value (for example C or D or any other semitonal value).

Here we assume our tonic to be D, for easy reference while playing (in the video more below we also use the tonic D as Shadjam). This table classifies the 12 semitones of the Western tuning system to their relative Indian Swara names.

The beauty of the Indian Music system lies in its complex melodic structure, brought out with the well-defined phrasing technique of Gamakas.

In Western music, scales are built with a strong foundation in harmony. Carnatic music focuses on permutation of all available semitonal values (swaras). This gives rise to the foundation of the family of ragas, called the Melakartha System (in Carnatic Music).

The Melakartha system is a set of 72 parent ragas. Each of these ragas contain all seven notes (swaras) of the octave in both ascending and descending order. These 72 ragas (parent) along with their derived ragas (child) exhaust all possible melodic combinations available to us through all music forms across the world.

That brings to light the depth of the melodic structure in Carnatic Music. Hence it is important to understand that melody and phrasing of Carnatic music is very complex compared to the Western music system, which in turn shows its complexity in harmony of musical notes.

In this section, we explore the possibility of playing the well known pentatonic scales, as equivalent Carnatic ragas. The Ragas we will take for reference are Suddha Dhanyasi and Mohanam.

The video lesson below shows you how to play the runs in the ascent and descent, and some basic phrasing and improvisation for Suddha Dhanyasi and Mohanam. Try the phrase improvisation demonstrated in the lesson, after playing the notated ascent-descent run.

Below you can find the notation for these ragas. The tabs demonstrate the ascent and descent playing for Suddha Dhanyasi and Mohanam in order.

Let me give you the first line (ascent) in the notation below as an example:

If you have any questions about this lesson, leave a comment below… 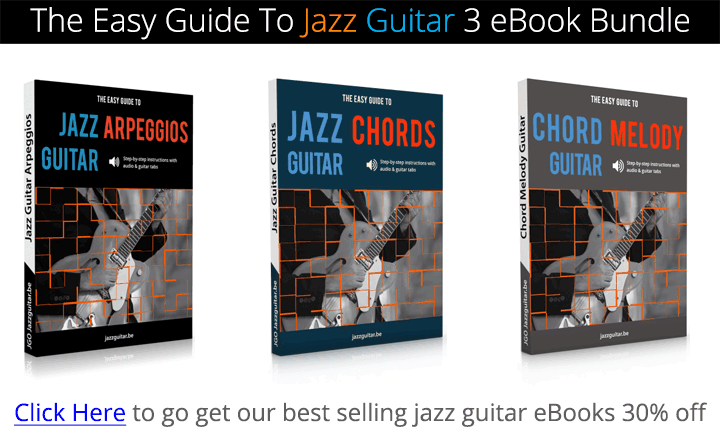