This gypsy jazz guitar lesson is an introduction to “La Pompe”, the typical rhythm guitar strumming used in gypsy jazz, aka Manouche. You will learn how to play chords and chord progressions in the gypsy jazz style.

Mastering La Pompe requires daily training. Practice the steps outlined in this lesson slowly until you feel comfortable with the technique.

How the basic chord accompaniment technique works is best seen in the video further below but also read through the tutorial for more tips on how to use this technique properly.

By popular demand, I also provided the guitar tabs and chord diagrams of the video’s intro.

This lesson is a short introduction to La Pompe, click here to learn how to play gypsy rhythm guitar step-by-step…

Here’s how the La Pompe rhythm looks in notation:

Combine the two steps below and you have the basic La Pompe rhythm movement.

Step 2 is a fast downstroke, also called the “slap”.

Here are the guitar tabs and chord diagrams for the video’s intro. 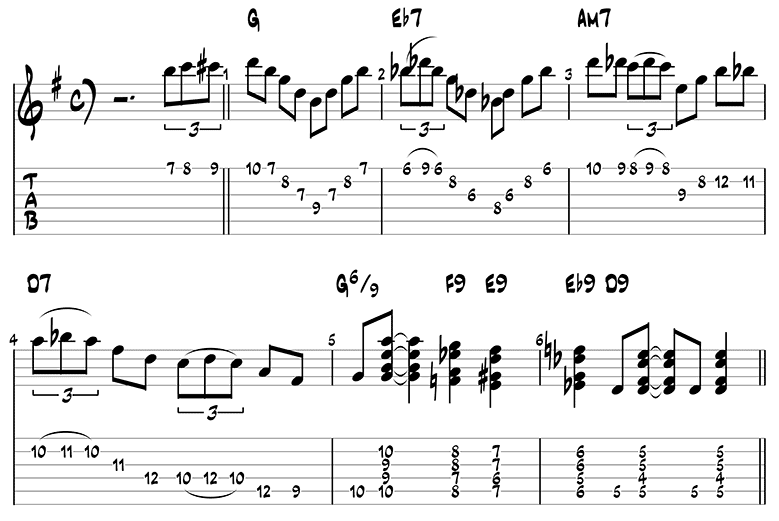 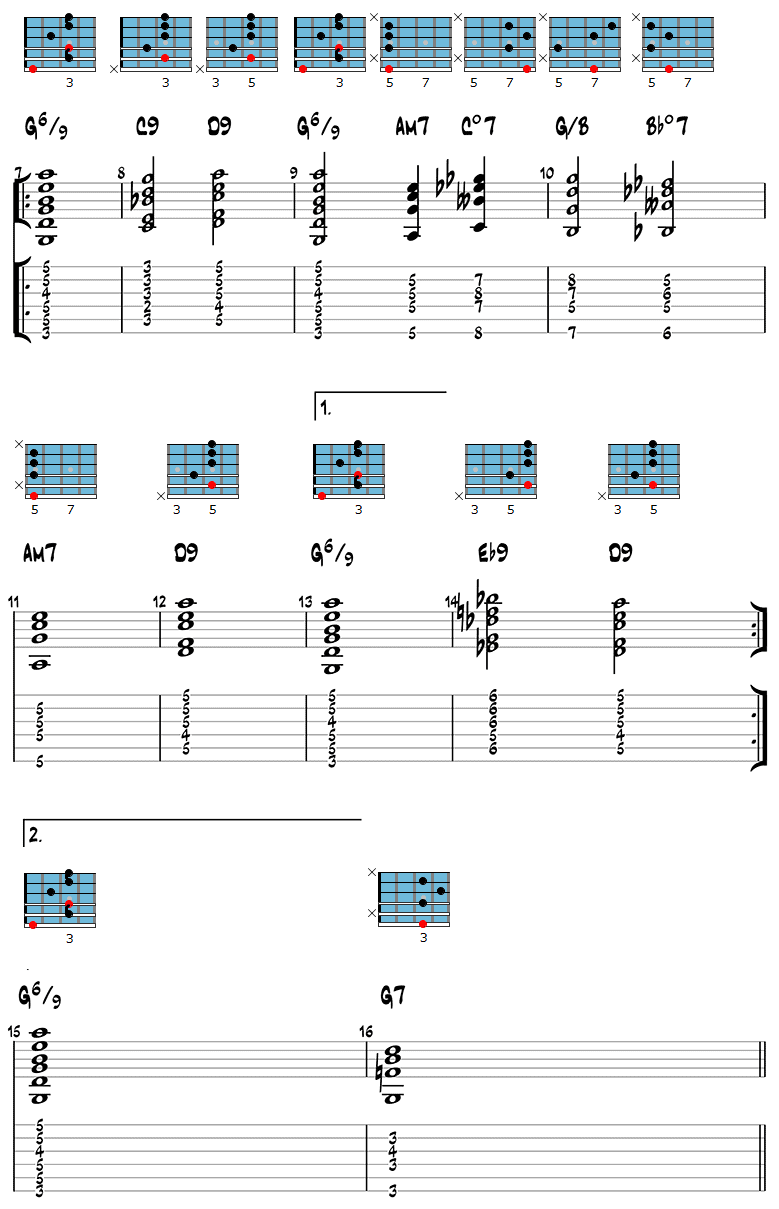 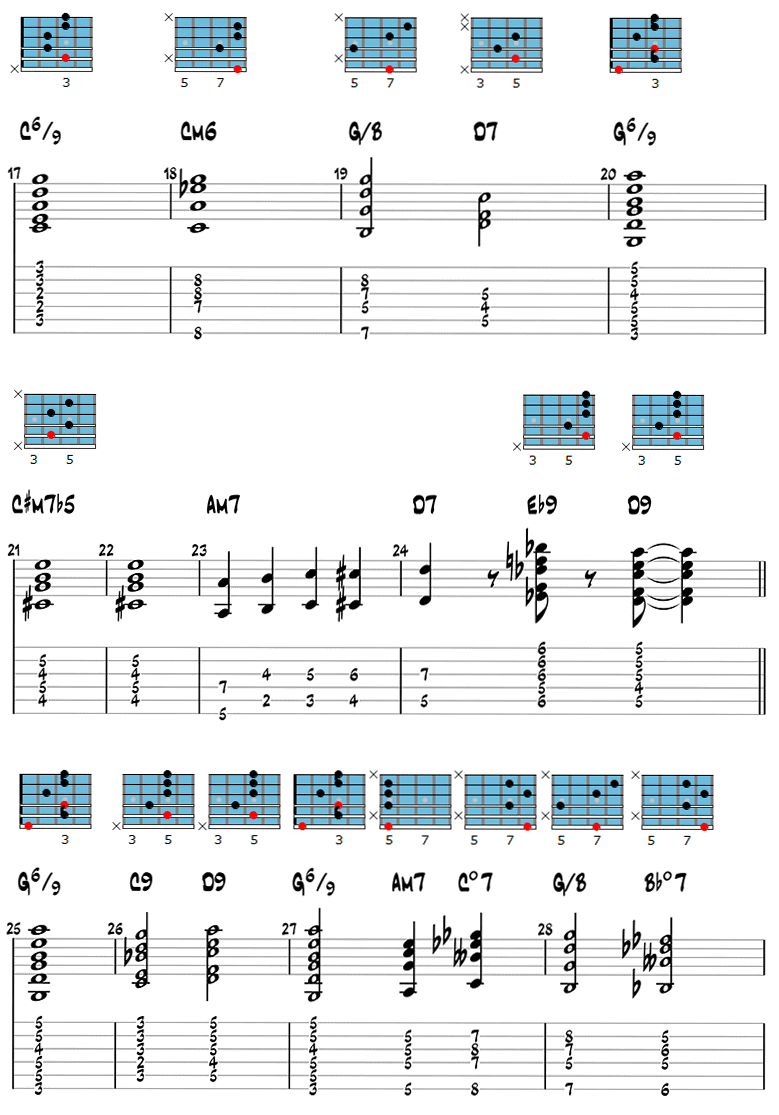 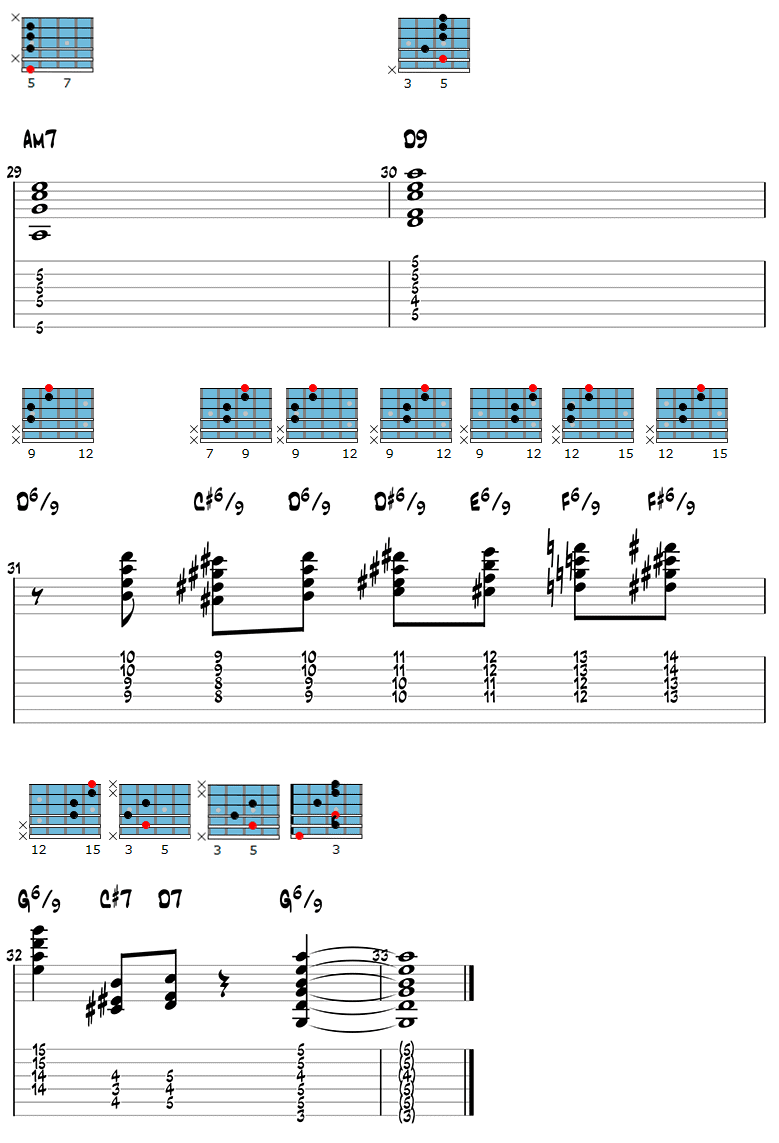 This chord sounds nice and full, but can be hard to finger for some because the bass note is fingered with the thumb (p in the chord diagram) and there is a barré on the 4th and 5th string with the second finger.

If this chord is too hard for you at the moment, use the G6 from the first bar of the first chord progression below (see 5:00 in the video).

There is also a minor variant of this chord, Gm6add9 (see 14:47 in the video), which sounds very nice:

Here’s the first chord progression from the video (starts at 5:32).

The third chord progression is a G minor blues (starts at 14:38 in the video):