Unit 7 is a great jazz standard composed by bass player Sam Jones during the time he was working with Cannonball Adderley. The most famous version of Unit 7 is on Wes Montgomery’s album “Smokin’ at the Half Note”. This album, which is essential listening for any jazz guitarist, was recorded live in 1965 with the rhythm section of Miles Davis (the Wynton Kelly Trio).

In this lesson, you will learn how to play the melody of Unit 7, how to comp the chords, and how to improvise over its form.

Unit 7 is a 12-bar blues in C with a bridge, played in the AABA format.

Here are the chord changes that are used during the solo. 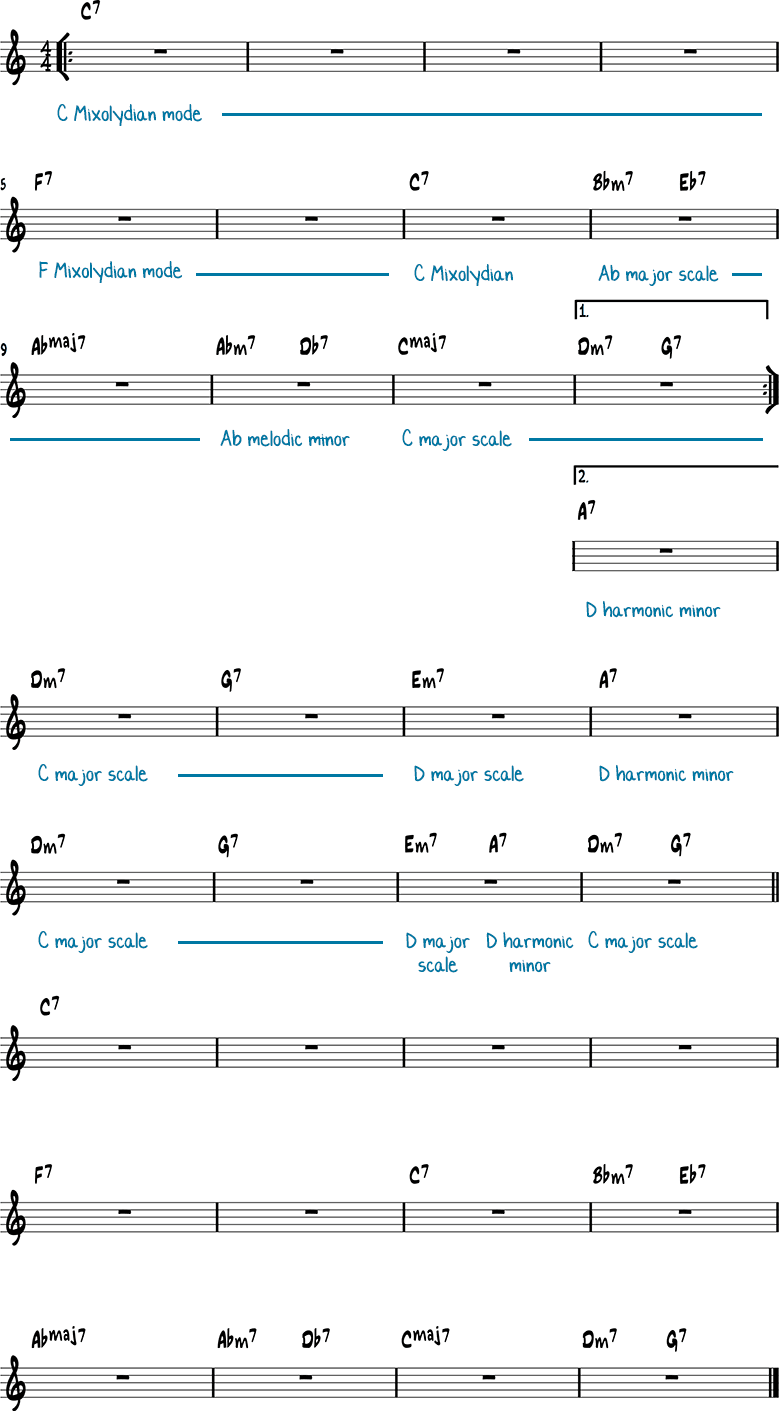 On the C7, you can play the C Mixolydian mode or the C minor or major blues scale.

Wes plays two counts of Gm7 and 2 counts of C7 in his comping here, adding the iim7 before the dominant chord.

Over the F7, you can play the F Mixolydian mode or the C minor blues scale.

Db7 is the tritone substitute of G7, the dominant of Cmaj7.

Abm7 is the ii of that tritone substitute.

An A7 chord to go to the Dm7 chord at the start of the bridge.

Here you can play the D harmonic minor scale or the A altered scale.

After the theme, the piano solo begins while Wes does some light comping.

Because the piano plays chords as well, Wes has to comp very sparingly to not get in the way of the piano.

He does this by playing guide tone chords, also known as shell chords. 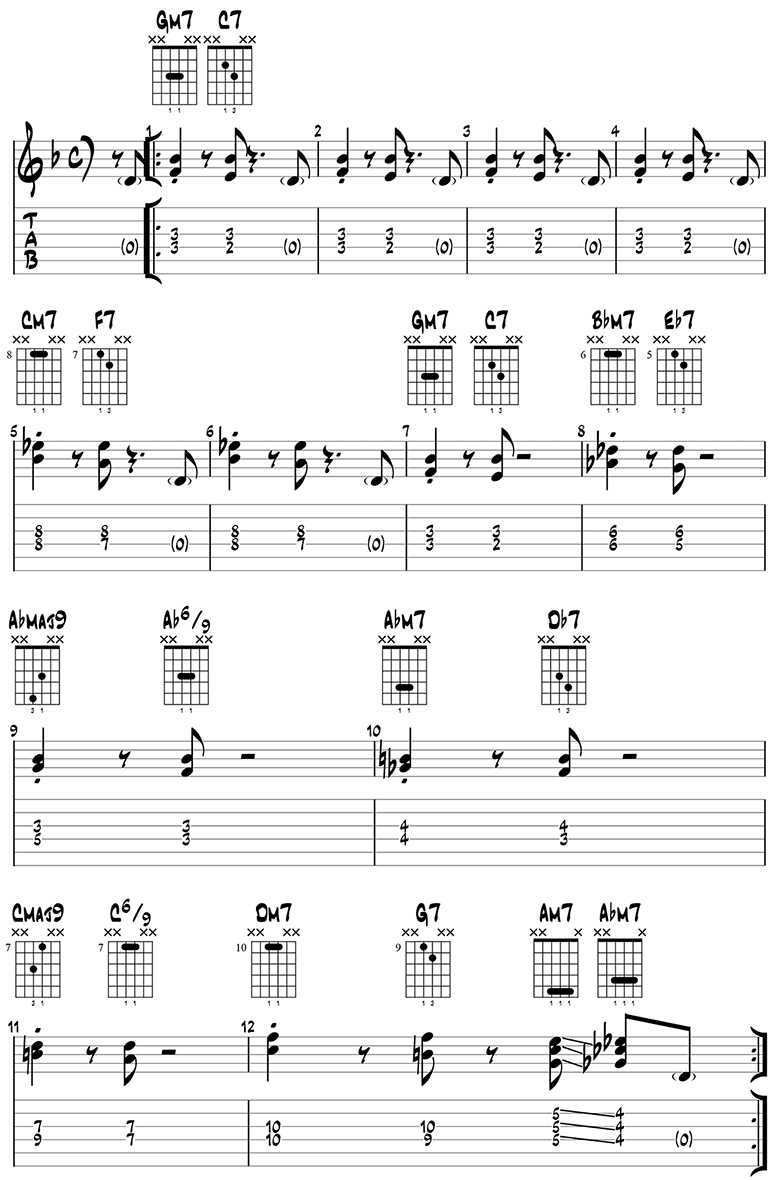