Softly, as in a Morning Sunrise was composed by Sigmund Romberg and Oscar Hammerstein II in 1928 for an operetta (a kind of light opera) called The New Moon. Artie Shaw’s recording of Softly (1938) brought the song into the jazz world and made it into the popular jazz standard it is today. 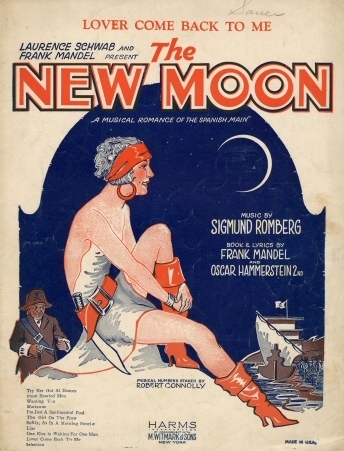 In this guitar lesson, you will learn how to play the melody and how to improvise over the chord changes of Softly.

Softly is 32 bars long and has a classic AABA structure.

The harmony of the tune is fairly simple:

Here are the lead sheet and guitar tabs for Softly’s melody. 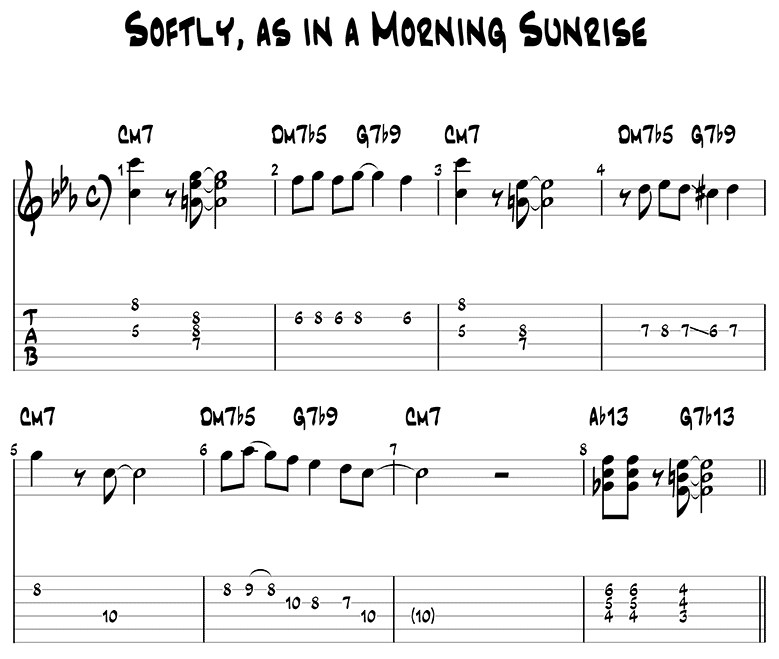 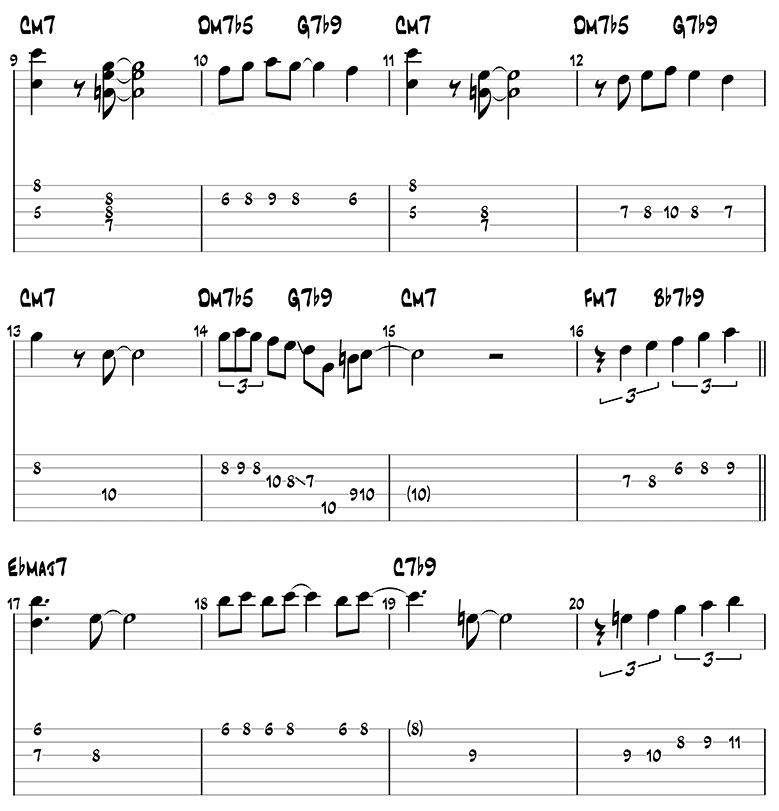 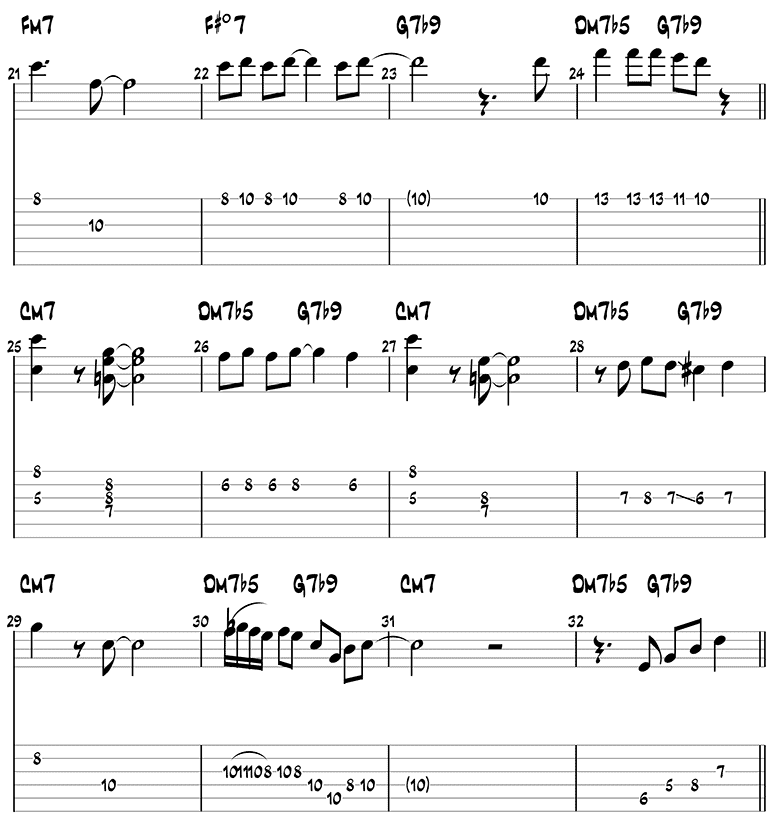 Here are a couple of jazz patterns I lifted out of the solo and that are worth memorizing and working out in different keys and positions.

The first pattern uses a G minor triad over Cm7.

Pattern 2 is based around a Bbmaj7 chord, including the classic 1235 pattern in bar 2.

Pattern 3 is a classic Wes Montgomery lick and uses the same substitution as the previous pattern, Bbmaj7 over Cm7.

Pattern 4 is based around the chord shape of an Ebmaj7 chord, which is a common substitution over minor chords. 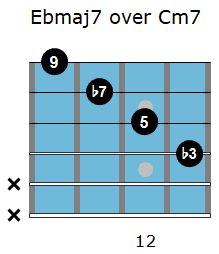 Pattern 5 is a classic bebop lick that uses a 3 to b9 motif over the dominant chord.

Pattern 6 uses a Bdim7 arpeggio over G7, bringing out the b9 sound.

Here is the complete solo over Softly, as in a Morning Sunrise. 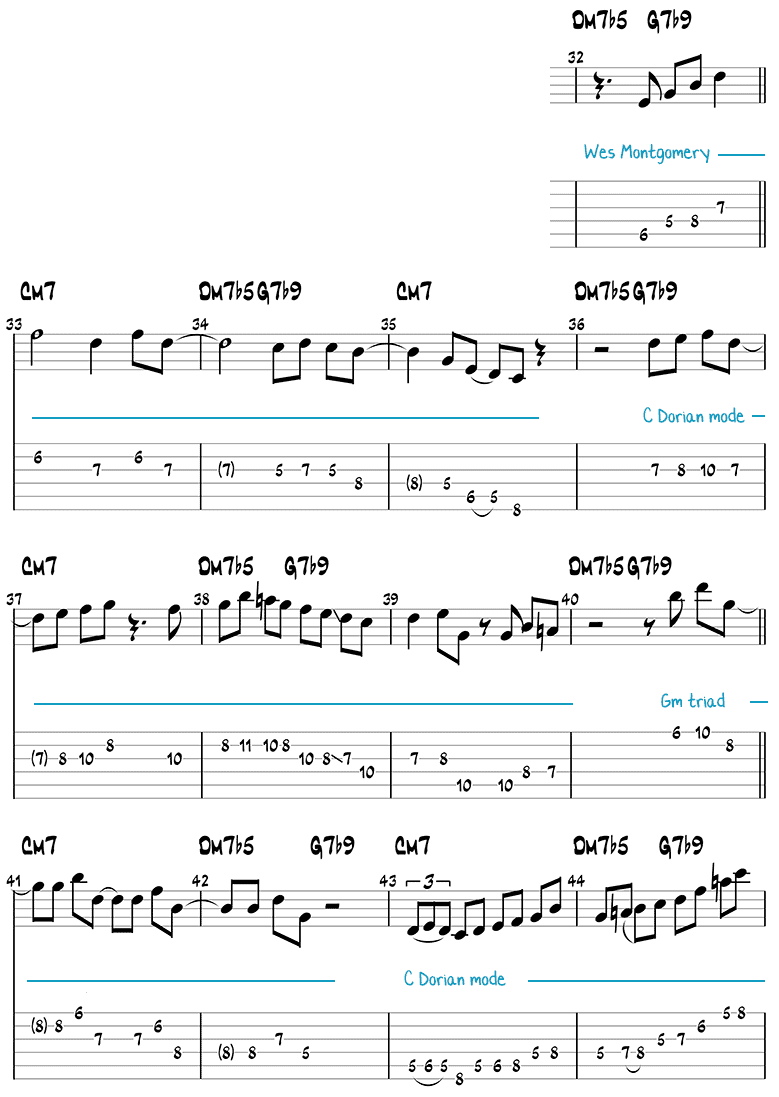 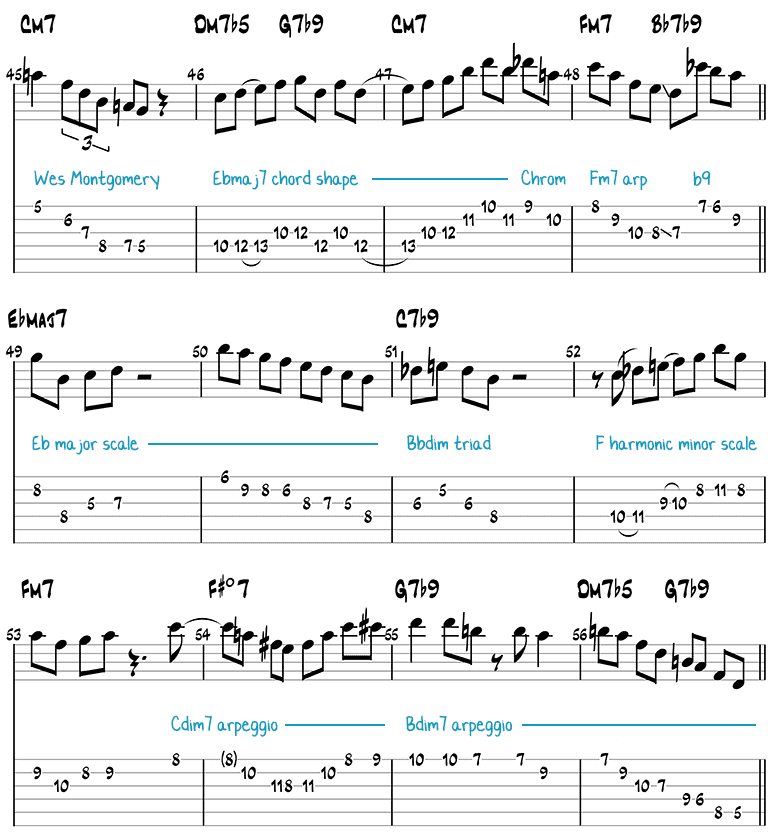 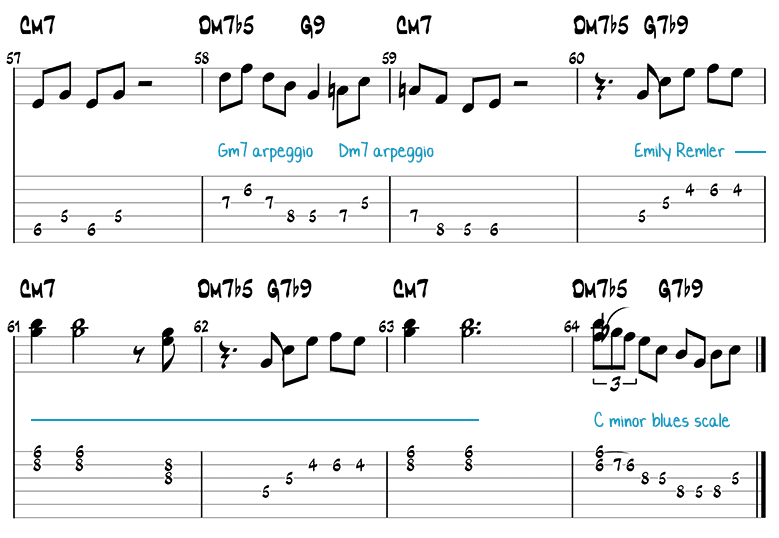 Softly, as in a Morning Sunrise Guitar Pro File 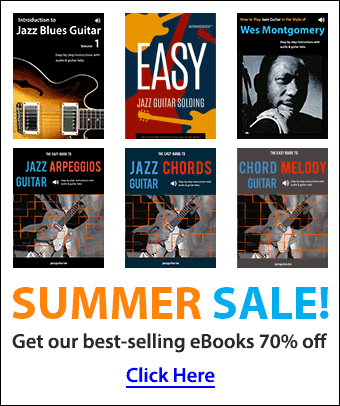