I remember myself struggling with jazz improvisation. It was so complicated! My teachers demanded that I played tensions, substitutes, super-imposed chords, while I was having a hard time just keeping the form… During my travels in Europe, I played with gypsy guitarists and learned from them. One of the most important things I learned was that making music can be simple.

There are a few chords, three shapes to remember, and that’s all!

Well, it’s not all, but all the rest is the interesting stuff – embellishments, trills, sound, feel, rhythm, MUSIC!

This method of improvisation became the core of my playing.

Playing music became simple: connecting all the arpeggios, tensions and substitutes I knew to one easy formula.

In this lesson, you will learn how to use triads to build a framework for your guitar solos.

Here are the major triads and inversions you need to learn: 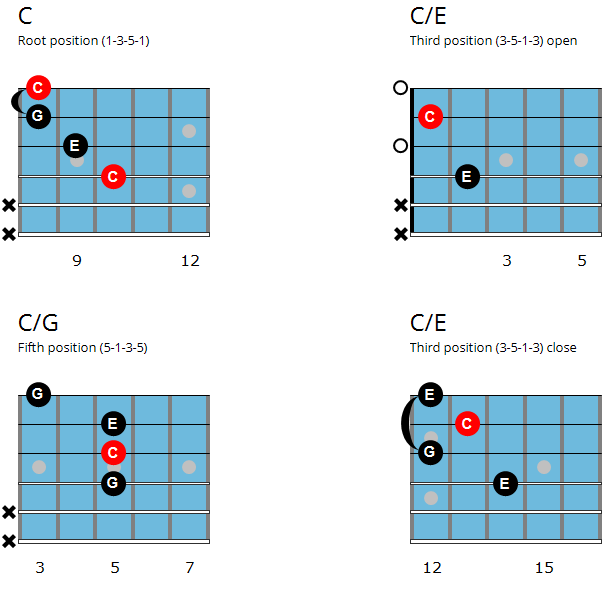 These are the minor triads and inversions you need to learn: 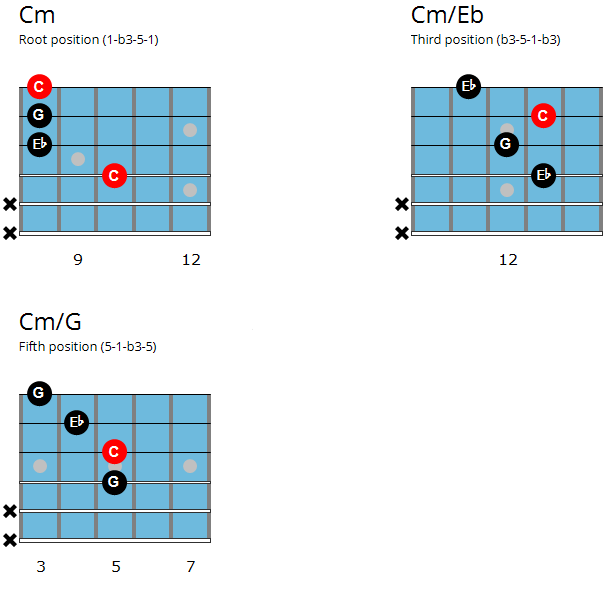 Fast Enclosure Exercise [3:54 in the video]

This is an enclosure exercise for the second inversion of C (C/G).

You do this for all notes of the triad.

Improvising over All of Me

Play an accompaniment using only triad shapes (play a triad for each chord).

During chord changes, use chord voicings that are close to each other so that you’ll play all the chords in the same area on the fingerboard.

Here are the chord changes of the A part of All of Me: 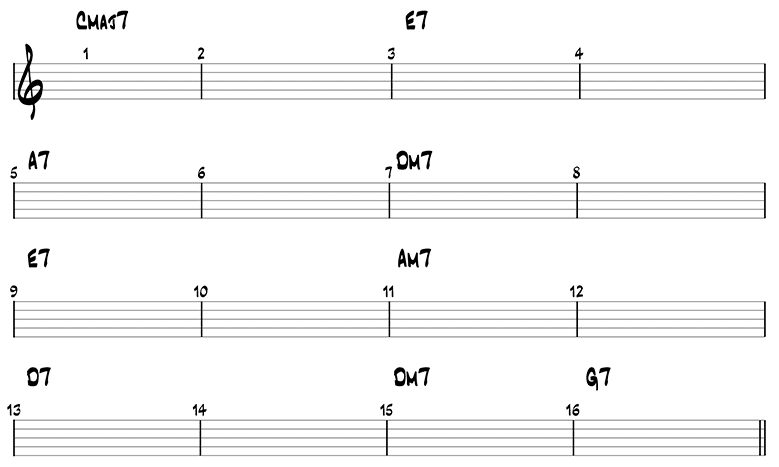 And here is an example of triad voicings you can use over All of Me: 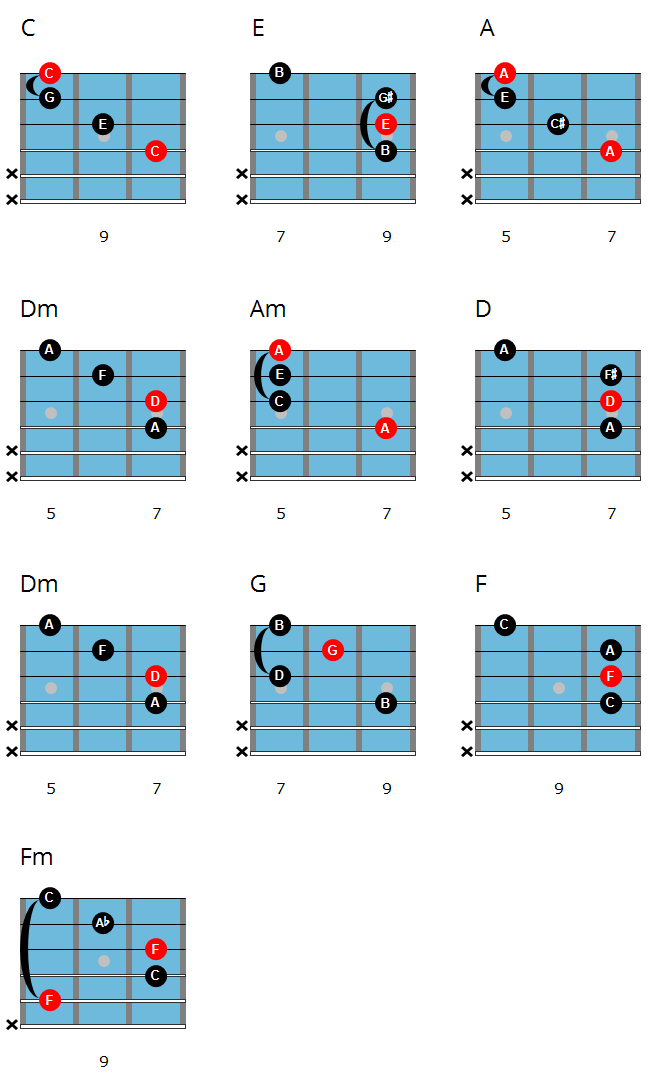 Improvise over the All of Me chord progression using these triad shapes.

At first, try to stay in the same area on your fingerboard as shown above.

Then start improvising all over the fret board using only these shapes.

Play simple – even one or two notes per chord. Just to make sure you keep the form.

For each note of the chord, use a half-step approach: play a chromatic note half a tone below to lead into the target chord note.

You can play the chromatic note either on the beat or off the beat.

Playing the chromatic approach off the beat gives more tension to the music.

Add enclosures by playing a diatonic note over the chord note and a chromatic note below.

Listen to Django’s Minor Swing solo for an example.

Connect all the other skills you have (scales, arpeggios, licks, …) to those simple shapes.

See the melody within those simple shapes so you can always get back to it in the middle of your improvisation.

This method can become the core of your visualization of the fingerboard.

If you want to learn how to use triads in gypsy jazz, click here for Yaakov Hoter’s video course The Magic of Triads…

41 thoughts on “Gypsy Jazz Guitar – The Magic of Triads”