In this Gypsy jazz guitar lesson, you will be looking at a couple of ways to end a jazz ballad. There is a special chord that throws the listener into limbo at the end of a II-V progression. This chord can lead you in different directions to create a free improvisation at the end of a jazz standard.

The chord I’m talking about is the half-diminished chord that starts on the flat five (aka sharp four or tritone) of the tonic chord.

For example: Bm7b5 in the key of F major.

This jazz standard is in the key of F and, like many songs, ends with a II-V-I progression  (Gm- C7- F).

A way to end this standard is by replacing the F at the end of the II-V-I with a Bm7b5 chord.

This is called a deceptive resolution, a chord you play instead of going to the I. After playing Gm7-C7 (II-V), you expect to hear Fmaj7 (I), but instead, you hear a Bm7b5 (bV).

An ending that starts on the bV is called a flat-five ending.

This chord is not what the audience expects to hear, and it focuses their concentration, making them wonder what comes next.

This is the door to starting a new solo improvisation, using any chord progression that you want.

There are many ways to start your solo improvisation from that Bm7b5 chord.

You can build a chord progression with a descending or ascending chromatic bass.

Try out different chords and progressions for yourself, explore the tensions you can add to each chord, and play around with it.

You can also improvise with single notes over the chord progressions you create.

The first three examples all feature a descending bassline starting on the Bm7b5.

This first example has a descending chromatic bassline going from Bm7b5 all the way to the tonic chord, F6/9. 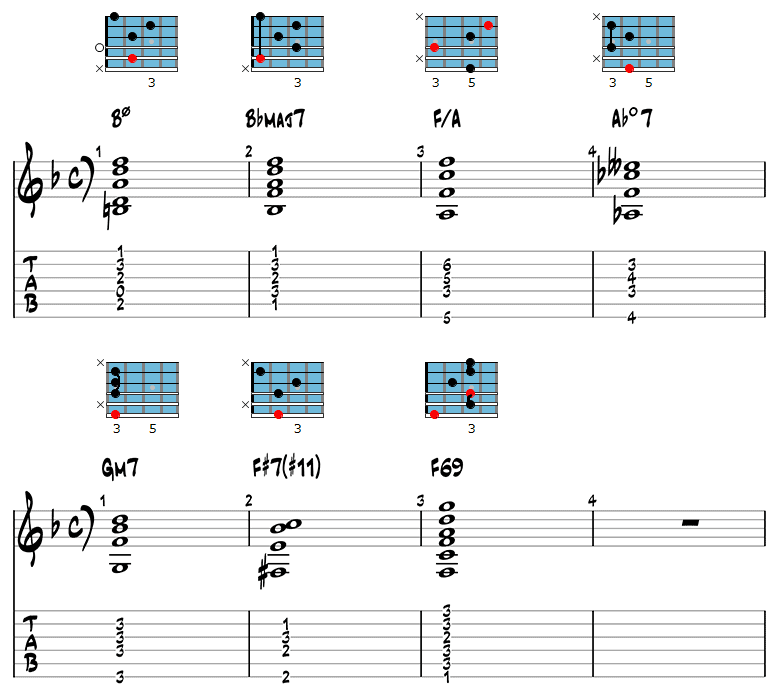 Example 2 is similar to the previous example, but this time, we keep an f as the top note of each chord. 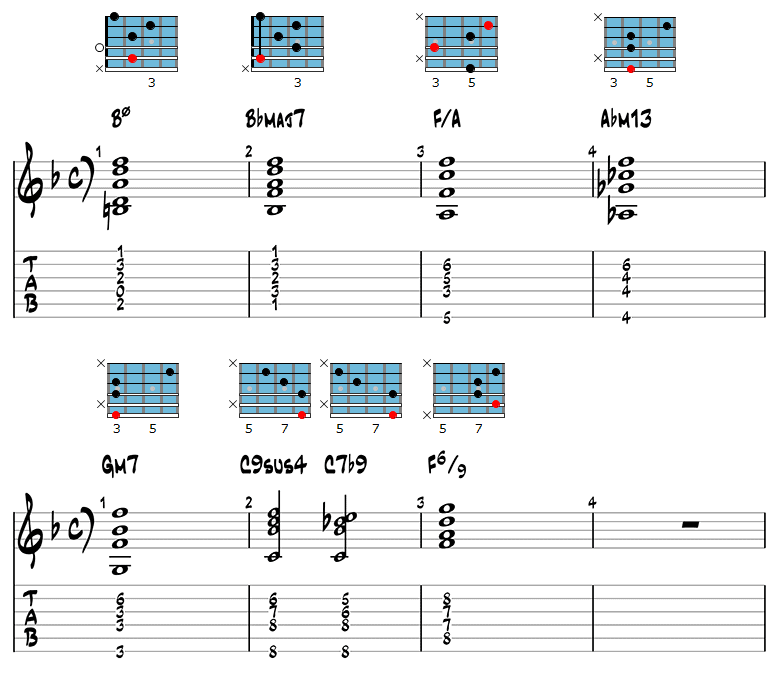 The following example uses the same descending bassline as the previous examples but this time with minor chords mostly. 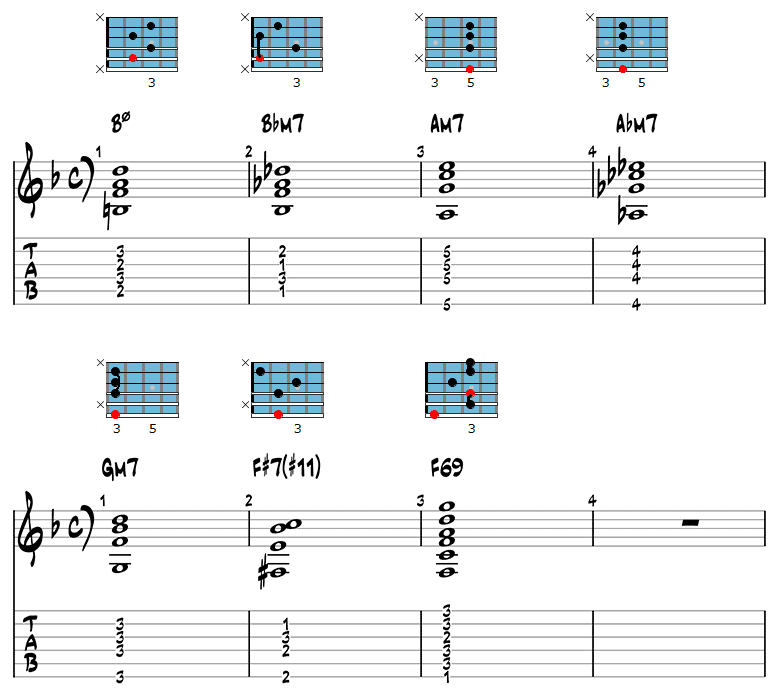 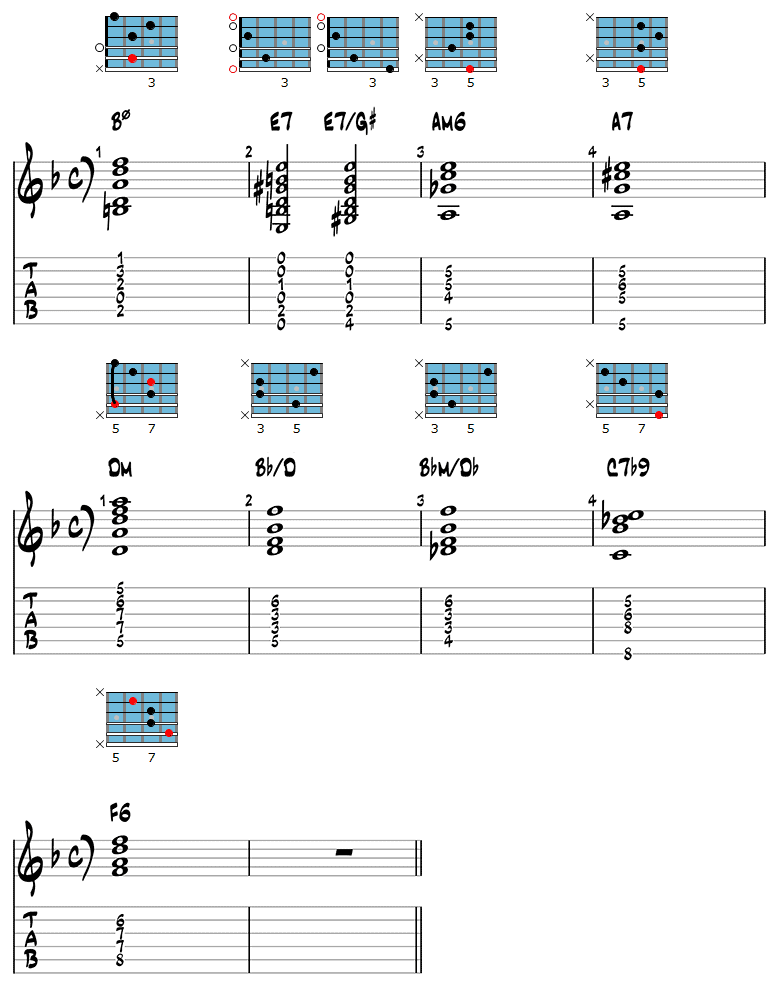 This final example has an ascending chromatic bassline going from Bm7b5 to Gm7.

If you don’t know where to go in a chord progression, a diminished chord is often worth a try. 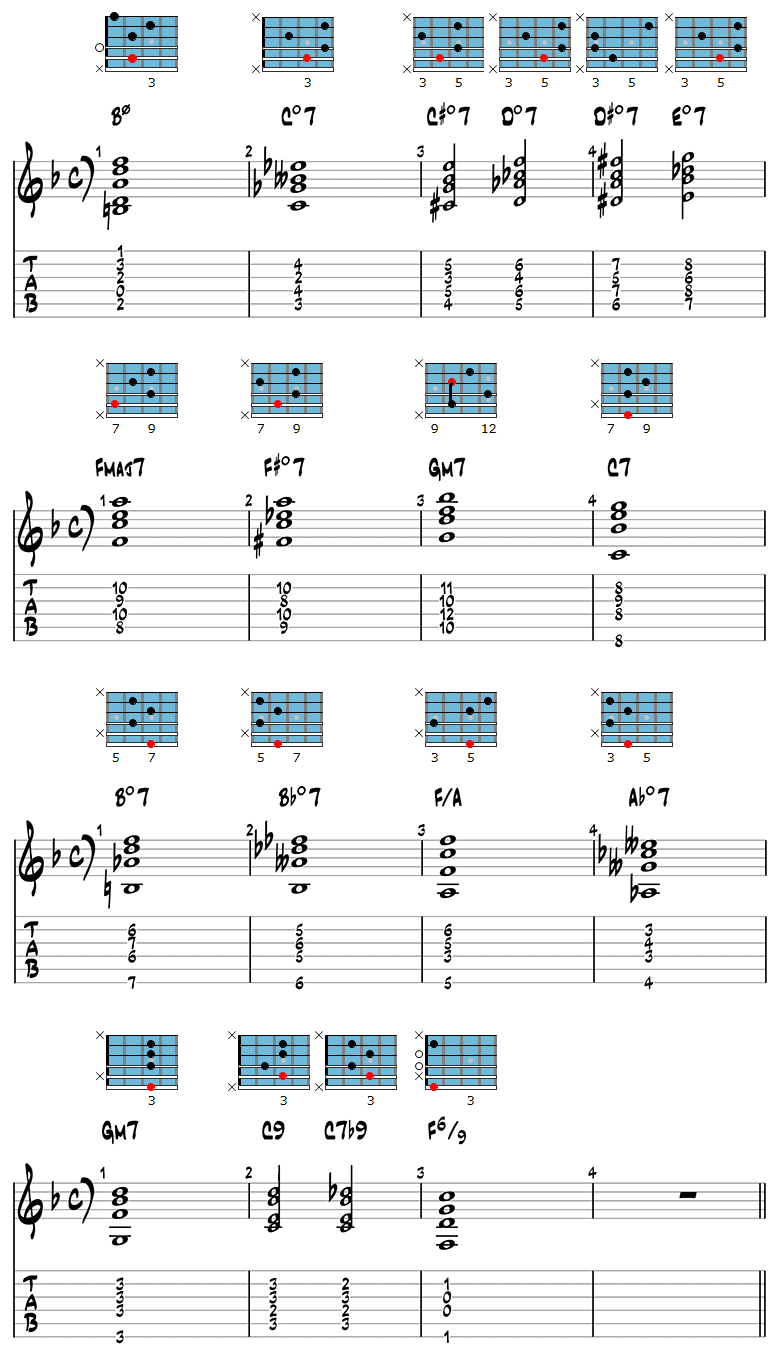