Take the “A” Train, composed by Billy Strayhorn in 1939 and first recorded in 1941, was the signature tune of the Duke Ellington Orchestra. The title refers to the then recently opened A subway line that ran from Brooklyn to Northern Manhattan. 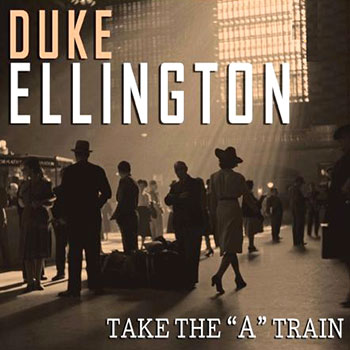 The chord progression of Take the “A” Train is loosely based on another song called Exactly Like You (1930).

The standard is in the key of C major and has an AABA structure. The Duke Ellington version modulates to Eb in the second chorus.

The B section begins on the IV (Fmaj7) which is very common for swing-era jazz standards (see Stompin’ at the Savoy and Don’t Get Around Much Anymore).

The ending of the arrangement is very recognizable and is known as the “Take the A Train” ending. 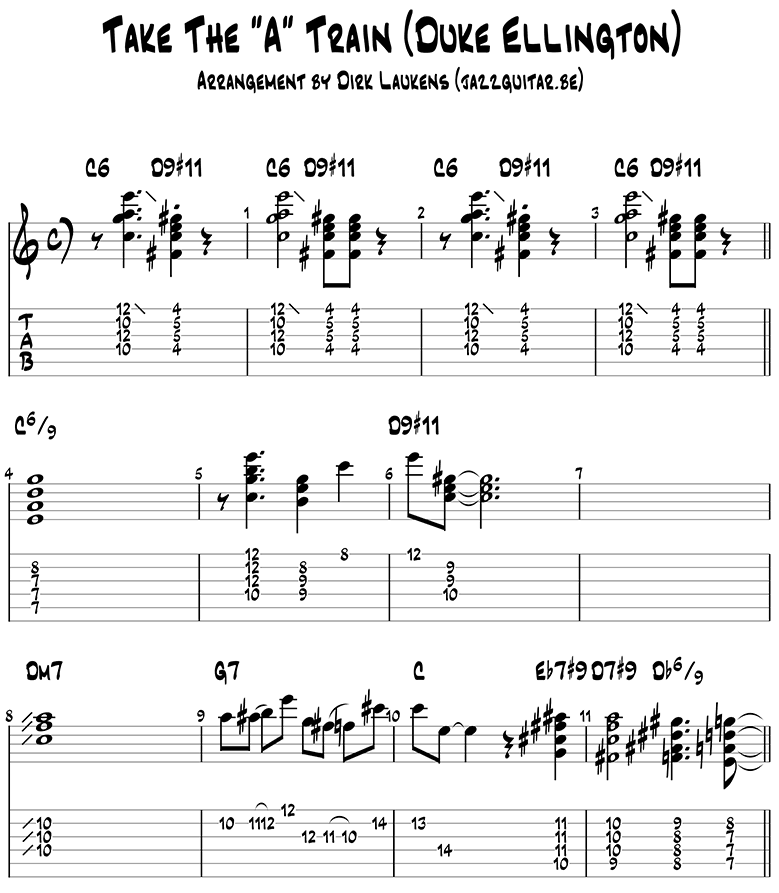 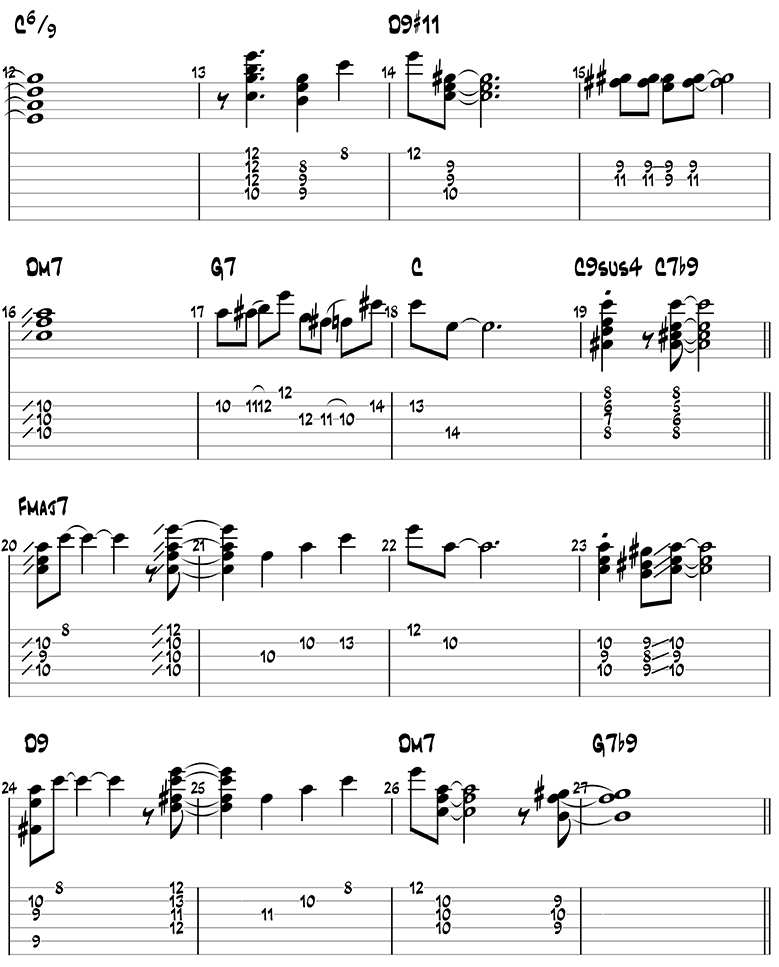 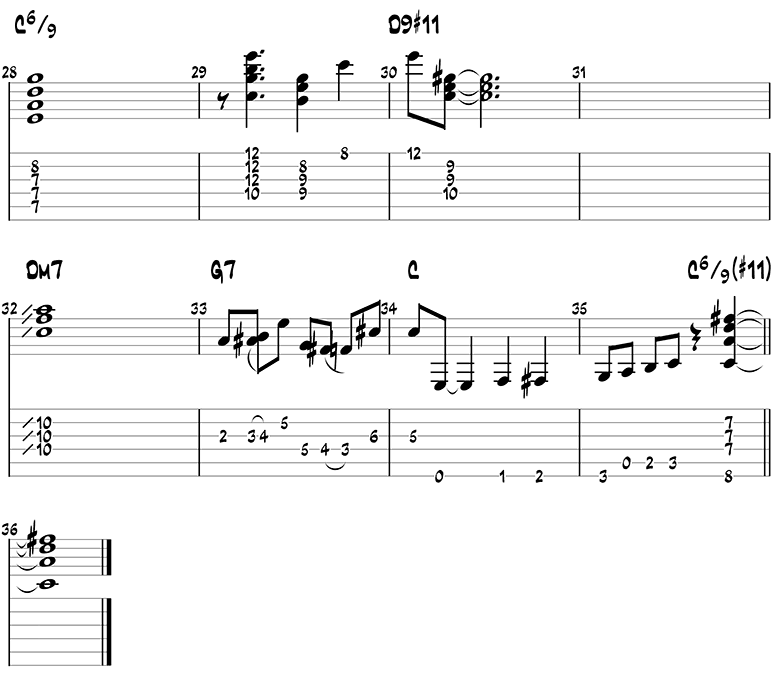